The huge number is based on a survey of motorists, conducted by the RAC.  Most believe the diminishing numbers of traffic police mean there is little risk of being caught on the phone.

It helps explain why police forces around Britain are resorting to new tactics to target drivers on their phone.

At least 20 forces are using the same fixed safety cameras and mobile roadside vans that catch anyone breaking the speed limit to snap mobile phone users.

Why police are using safety cameras to catch phone users

The hope is that the deterrent will make motorists think twice and activate their phone’s Do Not Disturb While Driving setting (see here for more information on how to use this feature).

Forces in Kent, North Yorkshire, North and South Wales, Hampshire, Suffolk and the West Midlands are among those named in the report,

In 2016, a total of 9,000 drivers were caught this way for offences other than speeding. One thousand of those were for handling a mobile phone, the rest were for failing to wear a seatbelt.

Sarah Sillars, chief executive officer of IAM RoadSmart, a road safety organisation, says it is a valid way to deter drivers from dangerous distraction: "For too many drivers it is only the fear of being caught that will stop them putting themselves and others at risk.

"If drivers don’t know about this added enforcement technique then its impact will be reduced so the police should have no hesitation in publicising its use,” said Sillars. 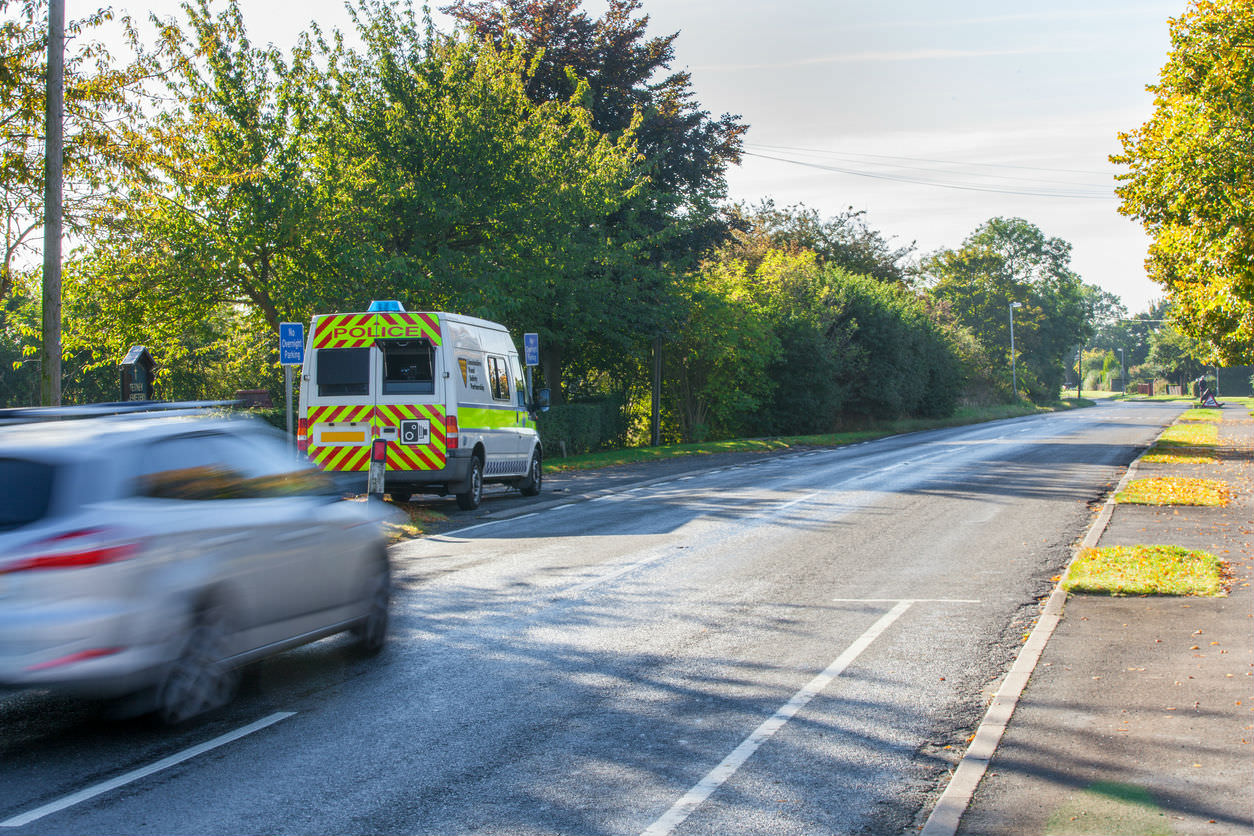 Some police unsure of legal position

However, out of the total of 44 police forces quizzed by IAM Roadsmart, some had reservations about using safety cameras or camera vans to record non-speeding offences. They cited questions over Home Office type approval and the quality of images for successful prosecution.

The IAM called for clarity over guidelines and better training so that more police forces use safety cameras to help stamp out mobile phone use amongst drivers. "What we need are clear and consistent guidelines on what the cameras are being used for, what training staff are being given and how the images are being used as evidence,” said Sillar.

In Cambridgeshire, the police have used an unmarked van equipped with video cameras to catch drivers breaking the law on mobile phone use. You can watch them in action, here.

Apple’s secret patent: iPhone knows when you are driving

Needless to say, even the use of safety cameras to target drivers on the phone won’t make much of an impact on the estimated nine million motorists who admit to flouting the ban on handling a mobile phone. Critics say phone manufacturers are shirking their responsibility help.

In 2014, Apple was granted a patent involving technology that could prevent an iPhone being used by a driver.  It used a “motion analyser” to detect whether the phone was moving above a certain speed and, if so, prevent it from being used for texting and other functions. The user would then need to operate a “scenery analyser” to show the phone was in a “safe area” of the vehicle — and not by the driver’s seat — for it to work.

The patent came to light following a lawsuit filed in Texas, America, by families of the victims of a fatal crash caused when the driver of a Dodge pick-up truck checked her iPhone for messages.

Until the big tech companies pull their weight, drivers who won’t stop handling their phone had better get used to smiling for the safety camera.