What is a pre-registered car or nearly-new car? Everything you need to know before buying one

Pre-registration, self-registration, tactical registration or nearly-new; whatever dealers and car makers call them, they represent the same thing - a great deal for car buyers. Effectively, they are a brand-new car for the price of a second-hand model.

Getting such a deal may seem too good to be true but with a pre-registered car, it’s possible. Tens of thousands of car buyers walk away from dealerships every month with just such a saving. Here’s our guide to pre-registered cars, what they’re all about and whether or not buying one is right for you.

What is a pre-registration?

The majority of cars are sold or leased in a traditional manner to private or company owners. A pre-registered car is bought by and therefore registered to a car dealer.

What happens to pre-registered cars?

Rules dictate that the dealerships have to hang on to them for a defined period of time. After that, they can sell them. So because of this delay, rules say they are officially classified as used cars, meaning they’re sold at discounted prices. 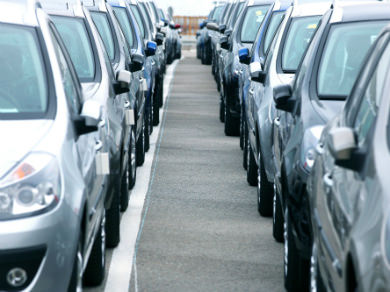 Are they a real bargain?

Frequently they can be very cheap. Discounts can be anywhere between 5 and 25 per cent depending on how desperate the dealership is to sell them. Most dealers are keen to move them on as quickly as possible as they have money tied up in the pre-registered car. In addition, as pre-registered is officially used by another name, they should represent a real saving over a new model.

Is this the same as a demonstrator?

Why do pre-registrations exist?

These have come about because of the way the car industry works. Car dealerships are given targets by the manufacturers they represent to sell a certain number of cars. For achieving these goals they receive a financial reward. Bizarrely, that incentive can be greater than the money they lose by selling the car so cheap. It means the dealership is actually making money by buying its own cars before selling them on.

The first thing to remember is that this is effectively a second-hand car. Yours won’t be the first name on its registration document so when you come to sell it, the new buyer will be the car’s third owner. The result is that you won’t be able to charge as much for it as you might if you’d owned the car from new.

There are other disadvantages too. Knowing how attractive cheap pre-registered cars are, the dealership may not offer such competitive finance deals on these cars as on brand new motors. Additionally, the manufacturer warranty will have started the day the vehicle was first registered. As its second owner, you may only be benefiting from two or two and a half years of warranty.

Insurance too is less beneficial. Some insurers will replace brand new cars with like-for-like models for a period of time. As a pre-registered car is second-hand, this doesn’t happen. Buyers should consider paying for GAP insurance to cover the shortfall between motor insurance payout and the price of an equivalent replacement model.

Lastly, a pre-registered car is unlikely to have the latest registration number unless you buy it just before the plates change in March and September. And then you’ll only have the kudos of driving round in a new-plate car for a few weeks.

If you want a new car for less money than you would ordinarily pay, a pre-registered model can be the way to go. There are disadvantages but many people see past them because the cheap price represents such an attractive deal.