Car tax rise: what the VED increase means for buyers of new and used cars

Did you know that car tax rules are changing? If you didn’t, you’re not alone. Research conducted by a leading price comparison website found that 61 per cent of drivers were unaware that the government planned dramatic changes to the cost of taxing a car.

From this April, new rules will come into force making the majority of new cars significantly more expensive to tax.

Unfortunately, even those that are aware of the changes say they’re confused, with just one in 10 understanding the revisions.

Here’s what drivers and car buyers alike need to know.

Why is car tax changing?

The existing Vehicle Excise Duty, or car tax, was introduced in 2001 by the Labour government.

It set out to reward buyers of fuel-efficient cars with low levels of carbon dioxide (CO2) emissions. There were 13 tax bands, and essentially the less polluting a car was, the less its owner would have to pay in tax.

The threshold for being exempt from car tax was set at 100g/km of CO2. However, it proved to be such a successful incentive that car makers responded to customer demand, building much more efficient cars. The result left the Treasury out of pocket, as hundreds of thousands of ‘clean’ cars haven’t had to pay any road tax.

It means the new rules will hit buyers of new, low emissions models the hardest.

When does the switch happen?

The new rules apply from April 2017, and only affect buyers of new cars.

Sorry? What about anyone who already owns a car, or is buying a used car?

This is one of the areas causing confusion. The road tax rules are not being applied retrospectively. Wisely, the government acknowledges that this would be unfair. So drivers who already own a car will continue to pay the rate of tax they’re accustomed to.

What are the changes?

As with the current system, the new regulations will see tax charged according to a scale of 13 CO2 emissions bands in the first year. These range from free (for zero-emission electric vehicle) to a maximum, wince-inducing £2000.

Then, from the second year onwards, all cars are charged a flat fee of £140 a year. Sounds simple, doesn’t it? If only it was that straightforward…

To keep drivers on their toes, any car that costs more than £40,000 when it is first registered will incur an additional tax, of £310 a year. This is applied from the car’s second year until it is six years old. The five-year ‘luxury tax’ adds up to £1550. 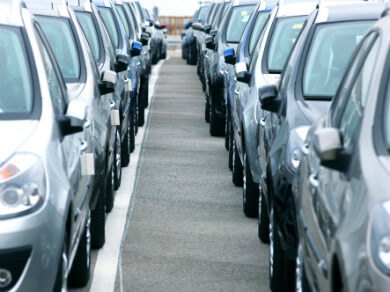 How much more expensive will it be to tax a new car?

Britain’s best-selling car is the Ford Fiesta, so it’s a good barometer of the storm blowing in. Models with the efficient and hugely popular 1.0-litre EcoBoost petrol engine emit 99g/km of CO2. Under the outgoing system, they would have been exempt from vehicle tax. Under the new rules, someone buying a new model will pay £120 in the first year and £140 in the second and third — a total of £400 for the first three years.

Another hugely popular model is the Nissan Qashqai, the best-selling family SUV in the UK. Drivers have been attracted by the 1.6 dCi model, with emissions of less than 120g/km. Under outgoing regulations, there was no car tax in the first year followed by modest payments of £30 a year. From April however, buyers must budget for £160 in the first year, followed by the annual £140 fee.

Is there still time to beat the car tax rise?

Many dealers have new, unregistered cars in stock, so buyers have a narrow window to snap up a new, ‘17’ registration car and beat the road tax rise. However, remember that by buying a used car, you don’t have to lose any sleep over the tax changes, and can take your time and afford to be choosy.