With its tiddly 1.0-litre engine it may not be the quickest car on the road. But Hyundai’s i10 does currently hold one speed record: it’s the fastest selling used car in the country.

Despite having a leisurely 0-60mph time of 15.1 seconds, there’s one area where the i10 city car knocks spots off performance models: the speed with which it flies off dealers’ forecourts. The news comes from used car sales platform Auto Trader which has released data on how quickly used cars sell.

This information is helpful for used car buyers as it reveals which motors dealers are unlikely to be willing to make discounts on. Car traders will usually only entertain knocking money off models that hang around on their lots.

The i10 has been an unlikely success story for Hyundai, winning plaudits from customers and car reviewers alike. All are charmed by the European-designed model’s svelte shape, sharp looks, practical cabin and the perky drive. The average price for a 2014 i10 is £7455. And the city car sits on the used car lot for just 13 days on average. This is significant because according to Auto Trader it takes 65 days on average for a used car to sell.

Kia does an Ed Sheeran

It’s Hyundai’s fellow Korean brand Kia that dominates the top 10 charts of fast-selling cars. The Sportage SUV takes second and fourth spots respectively. The 2014 model was the more popular of the two, ahead of the 2015 model. The difference in price ‑ £12,948 for the older model compared with £13,946 for the younger car ‑ is the likely reason. The cheaper car takes just 15 days to speed off the sales lot while the 2015 car takes two days more. 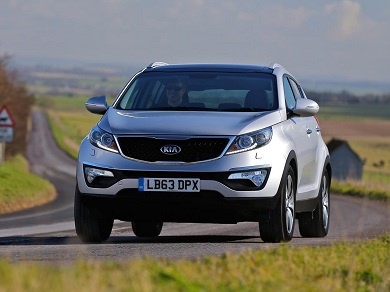 The reason for Kia’s popularity? It’s very simple: every car comes with a seven-year manufacturer warranty from new. Auto Trader retailer and consumer products director, Karolina Edwards-Smajda, said: “It’s not surprising to see Kia dominate the used car market. The Sportage has been extremely popular, and the seven-year warranty means that even a 2014 model still has four years left, which is an extra level of peace of mind that most other manufacturers just can’t compete with.”

Other cars in the top 10 were the Nissan Micra in third, Ford Kuga SUV in sixth, Vauxhall Astra in seventh and Mazda CX-5 SUV in ninth spot. Even the slowest-selling car in the top 10 moves off the forecourt in an average of 19 days.

Hatchbacks and SUVs are the most popular bodyshapes 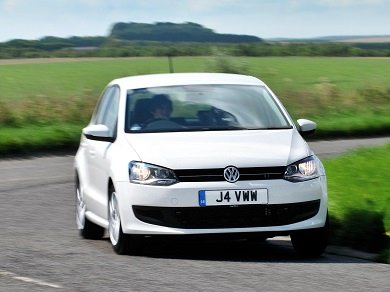 The list also paints a picture of the dwindling demand for diesel drives. Only the Kia Sorento in fifth spot and the Nissan Qashqai +2 in 10th refuel at the black pump. The rest of the top 10 are petrol cars. The booming popularity of automatic transmissions is also reflected in the list with four out of the top 10 being self-shifters.