Wild thing: driving safely with pets in a car

Whether travelling with man’s best friend or a feline family favourite, it’s important that car owners stick to the rules around driving with pets for the safety of every road user.

Not all drivers appreciate that the law says pets need to be suitably restrained. Failing to do so could result in much more than a driver losing their licence. If the individual caused an accident and was shown to have been negligent, their vehicle insurer could have grounds to reject any claim.

It means that the driver would be personally responsible to pay for damage caused to their car, other vehicles or property and injuries to any third parties.

That’s why a successful, safe trip with a four-legged friend requires planning, specialist equipment and on longer journeys, regular breaks to let pets stretch their legs and rehydrate.

The law says animals must be restrained in vehicles 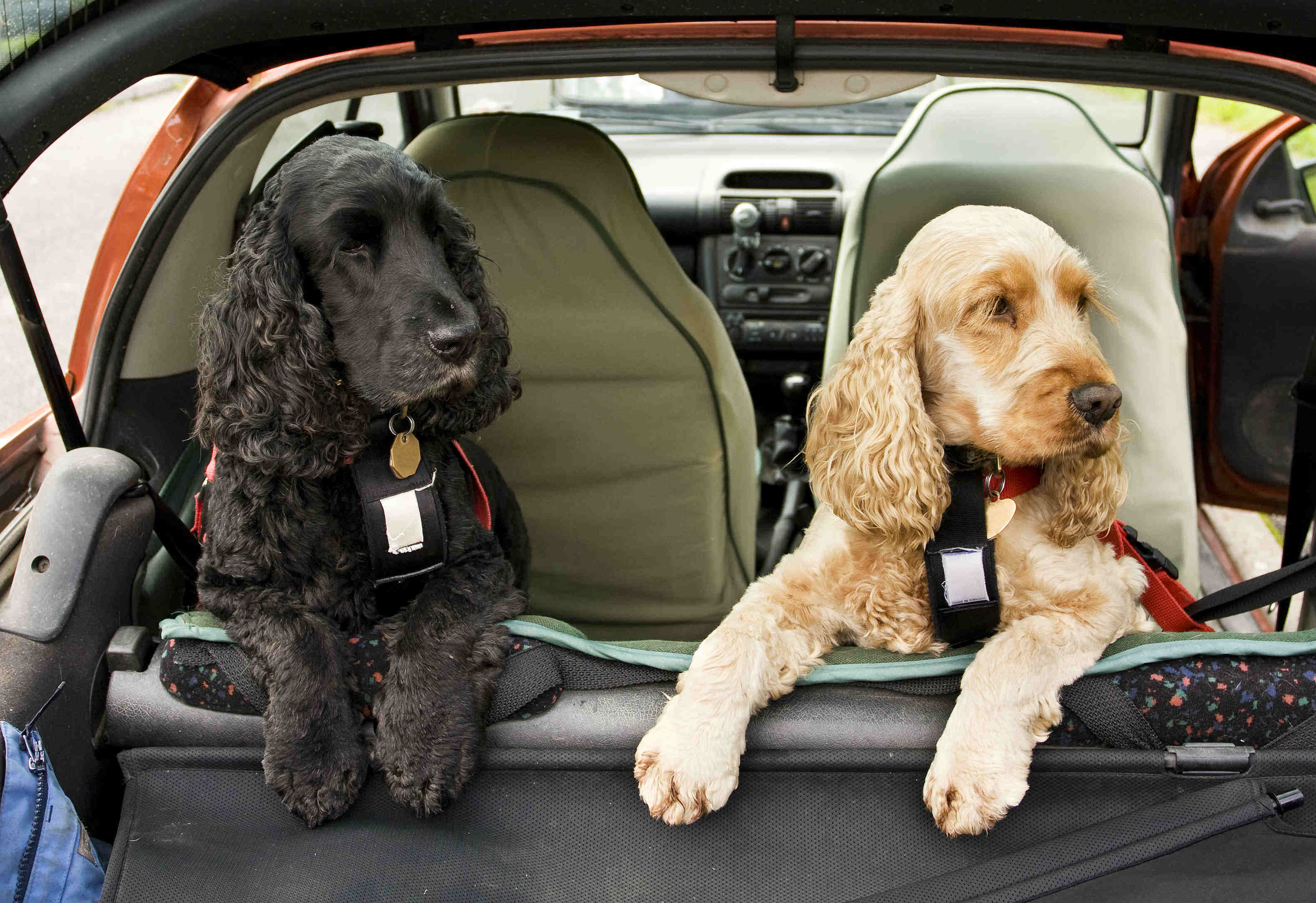 Drivers who carry pets in their car need to be aware of Rule 57 of the Highway Code. It says drivers are responsible for making sure dogs or other animals are suitably restrained in a vehicle, so they cannot distract you, or injure you or themselves if you stop quickly.

There’s a good reason for this. In a 30mph crash, a 32kg dog such as a Labrador will be thrown forward with such force that it would weigh the equivalent of 100kg. It’s a phenomenon safety experts call ‘canine cannonball’.

What is a suitable restraint for an animal in a car?

A seat belt harness, pet carrier, dog cage or dog guard are ways of restraining animals in cars, according to the advice given by the Highway Code.

Small dogs that owners wish to have travelling in the cabin of their car should use a harness. These fit around the dog’s chest and attach to a seatbelt, keeping them safely in place. Prices start from less than £10.

Larger breeds or pets will need to travel in the boot. Certain cars, such as estates and SUVs (4x4s), may have built-in luggage guards. However, these may not be robust enough to contain an animal in the event of an accident. Steel animal guards, which divide the boot area from the cabin are a worthwhile upgrade and cost from about £30 for universal-fit products.

Another option is to make your pets comfortable in a cage. These come in a wide range of sizes, fold away when not in use, and cost from £10.

Don’t let dogs hang their head out of the window 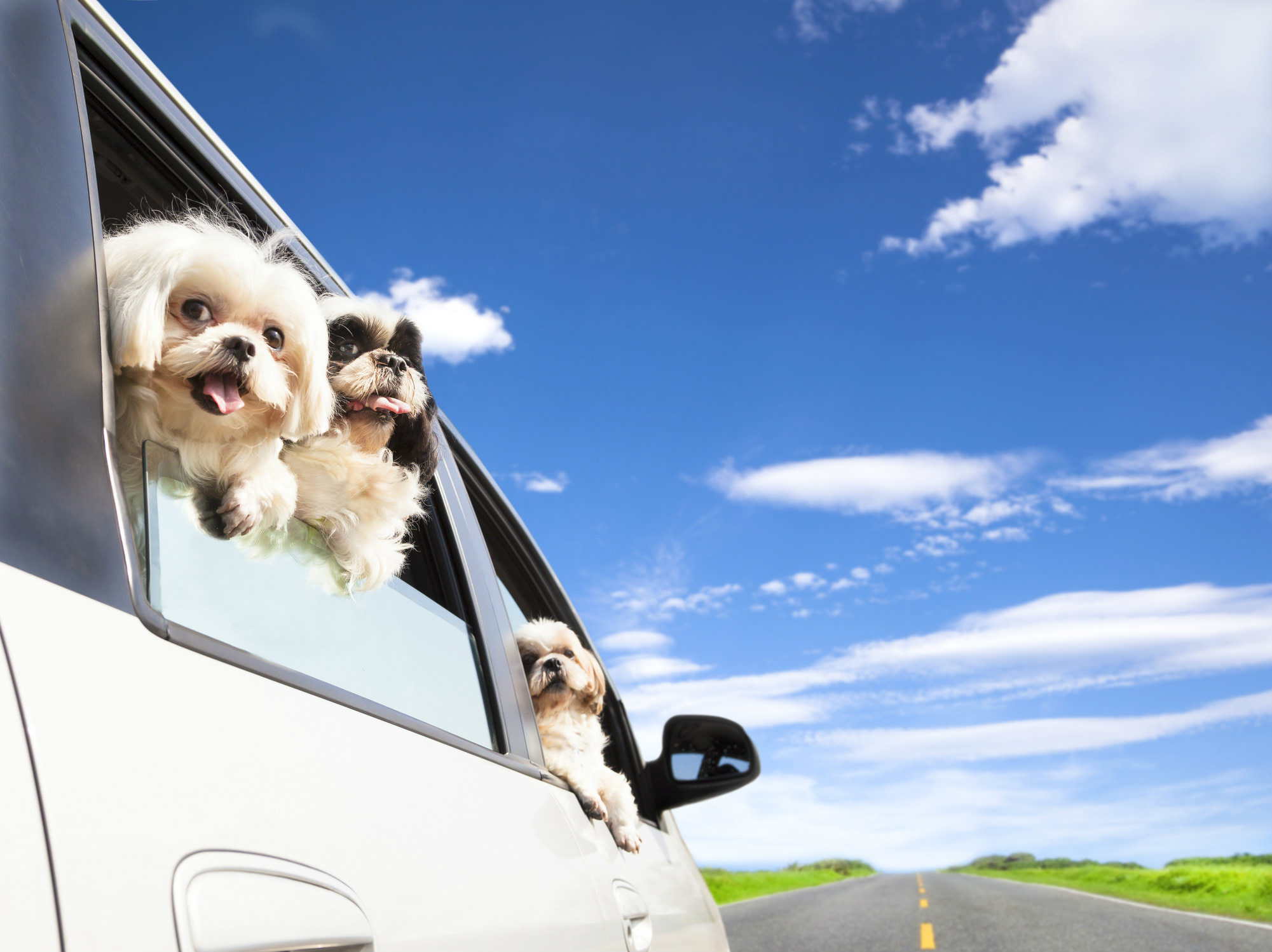 If a dog has its head out of a moving vehicle’s window, it’s unlikely to be restrained, which means the driver is breaking the law. As much as some pooches seem to enjoy the wind in their fur, it’s a danger to them, you and a distraction for other motorists.

It can be dangerous to leave a dog unattended in a parked car, even for a few minutes, according to Dogs Trust, the UK’s largest dog welfare charity.

It claims that partially lowering any windows has no significant effect on the temperature inside a parked car, and stresses that less than 20 minutes in a hot car can prove fatal to a dog should its body temperature exceed 41°C.

Worryingly, its research suggests that despite being a nation of dog lovers, nearly half of British dog owners believe it is okay to leave a dog in a car if counter-measures are taken, such as parking under a tree or leaving a window open. 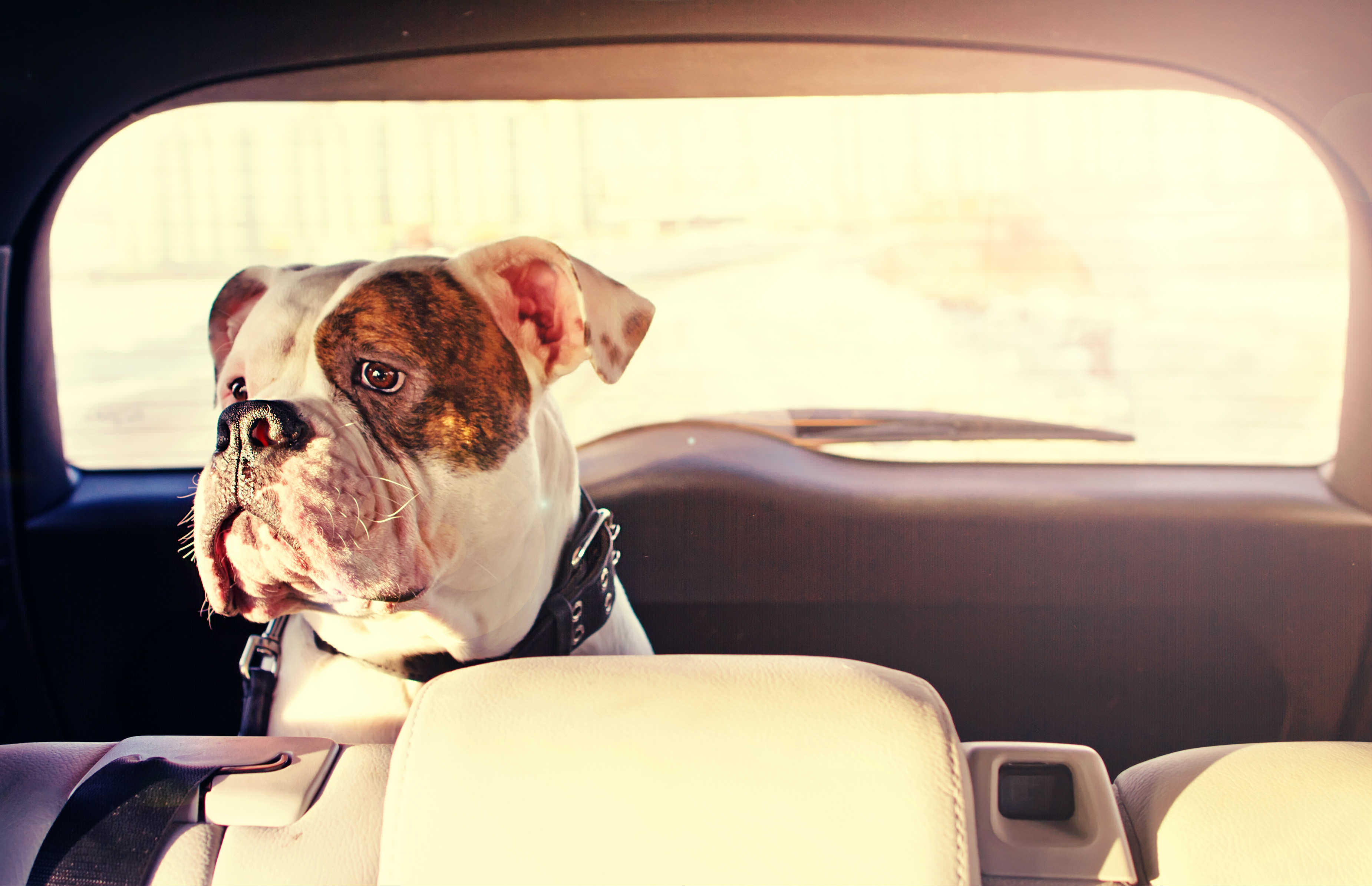 Pets kept in the boot of the car are away from any air source – such as air-conditioning. They’re also frequently under the full glare of the sun, given the expanse of the rear window. Consider investing in sunshades or having the windows tinted.

Keep pets hydrated when in a car

Animals will get thirsty on a long car journey. Pack additional water supplies and a bowl, and take regular breaks to let them drink and take a comfort break of their own. Dogs Trust has more tips on caring for dogs in a car.

If you see an animal inside a car and are concerned about its welfare, the RSPCA says these are signs of distress. First, try to alert the owner. If this is not possible, contact the police or the RSPCA via its 24-hour helpline: 0300 1234 999.