Crunch time. How car safety has been transformed over the last 20 years

In just two decades, advances in technology have transformed how cars protect us in a crash. Where family cars used to have the protective properties of a sheet of tin foil, now even the cheapest motors will allow the occupants to walk away from all but the most serious smash.

The Volkswagen Golf was a mass market motor, just as it is today. In 1997, the third generation of VW’s small family hatchback was coming to the end of its life. Nonetheless, it was a stand-out car because it was the first ever Golf to have airbags, two at the front for driver and passenger. It also featured ABS anti-lock brakes. And as far as safety went, that was about it. 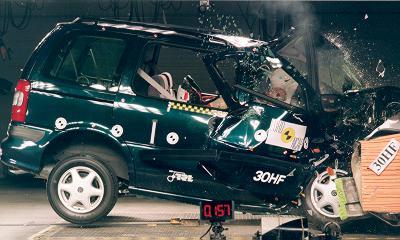 How about cars today?

Let’s look at the Golf again. Every model is made from high and ultra-high strength steel. As standard, all Golfs feature ABS, Electronic Stability Control which uses the car’s brakes to prevent skids, seven airbags and Automatic Post Collision Braking. All but the cheapest models also have a pre-crash technology that primes the car’s safety systems to react more quickly in a crash, Adaptive Cruise Control to maintain a safe distance in traffic, Autonomous Emergency Braking to help reduce the number of low speed crashes, and a driver alert system that detects if someone is drowsy at the wheel.

What does that safety kit mean in an accident?

Twenty years ago, there were two and half times as many fatalities on the UK’s roads as there are today. Of course, the ever-increasing number of speed cameras and traffic calming measures will have played their part. But car safety has improved dramatically. And for that we have the European New Car Assessment Programme (EuroNCAP) to thank.

What does crash testing do?

If you were buying a new car 20 years ago, there was no independent way of knowing how safe that motor was. Realising this was less than ideal, various independent safety bodies, along with the European Union set up EuroNCAP. Its job was to smash up cars, all in the name of science and safety. The organisation bought cars anonymously, then crashed them in laboratory conditions to various strict criteria. The result was a five-star rating that since 1997 has been applied to 400 of Europe’s most popular cars.

What did this show?

In some cases it was quite shocking. Edmund King, president of the AA, recalled: “EuroNCAP has transformed in-car safety. I was shocked and felt physically sick looking at some of the first cars crashed. Having seen some of the results close up I vowed never to ever travel in certain cars but to campaign for safety improvements.” Even though car makers reacted angrily initially, they have since started to use the test results in their sales literature. The result is EuroNCAP has been credited with transforming car design and safety.

What cars came out of it badly?

Older drivers may remember the Rover 100 (better known as the Mini Metro) suddenly disappeared from showrooms in 1997. This is because it was among the first cars to be tested by EuroNCAP and scored just one star out of five. Reading the report, words like ‘poor’, ‘excessive intrusion’ and ‘major problems’ strike you. The Vauxhall Sintra – a distinctly ordinary people carrier – also came out remarkably badly. Its steering wheel snapped off in the crash, threatening to decapitate any unfortunate driver. Like the Rover, it was dropped shortly afterwards. 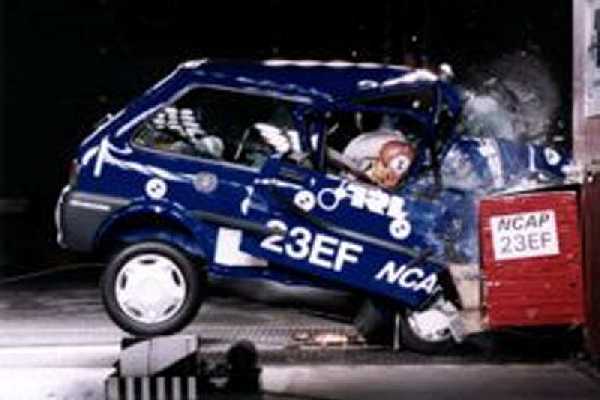 What about cars now?

It wasn’t until June 2001 that a car was awarded five EuroNCAP stars. These days, if a car is awarded three out of the available five stars, it is viewed as poor. Currently, the safest car EuroNCAP has ever tested is the latest Volvo XC90. It won five stars and in doing so scored 97 per cent for adult protection and 100 per cent for its electronic safety gizmos. It may be only two decades later than its 1997 equivalents, but in safety terms it’s light years ahead.