Survey Reveals the Most Common Dangers for Drivers

As long as cars have been on the road, distracted drivers have kept law makers on their toes and left insurance companies with big bills. But where in the past diversions might have been limited to stealing admiring glances of beautiful people or reading the headlines of newspaper billboards, advancing technology and rising numbers of drivers mean there’s now a whole lot more that’s causing drivers to take their eyes off the road.

To put this to the test, one road safety organisation asked drivers to share examples of the most hair-raising habits they’d witnessed on Britain’s roads. The results make for uncomfortable reading.

What was the most common distraction when driving?

It would appear drivers don’t have enough time for breakfast. Or apparently lunch or dinner. Eating at the wheel topped the list of bad habits.

A staggering 95 per cent of respondents claimed to have seen other drivers tucking in to a snack, or more. Whether it’s breakfast on the go, a drive-through takeaway meal or a cheeky finger of Fudge from the fuel station, drivers are happy to dine and drive. 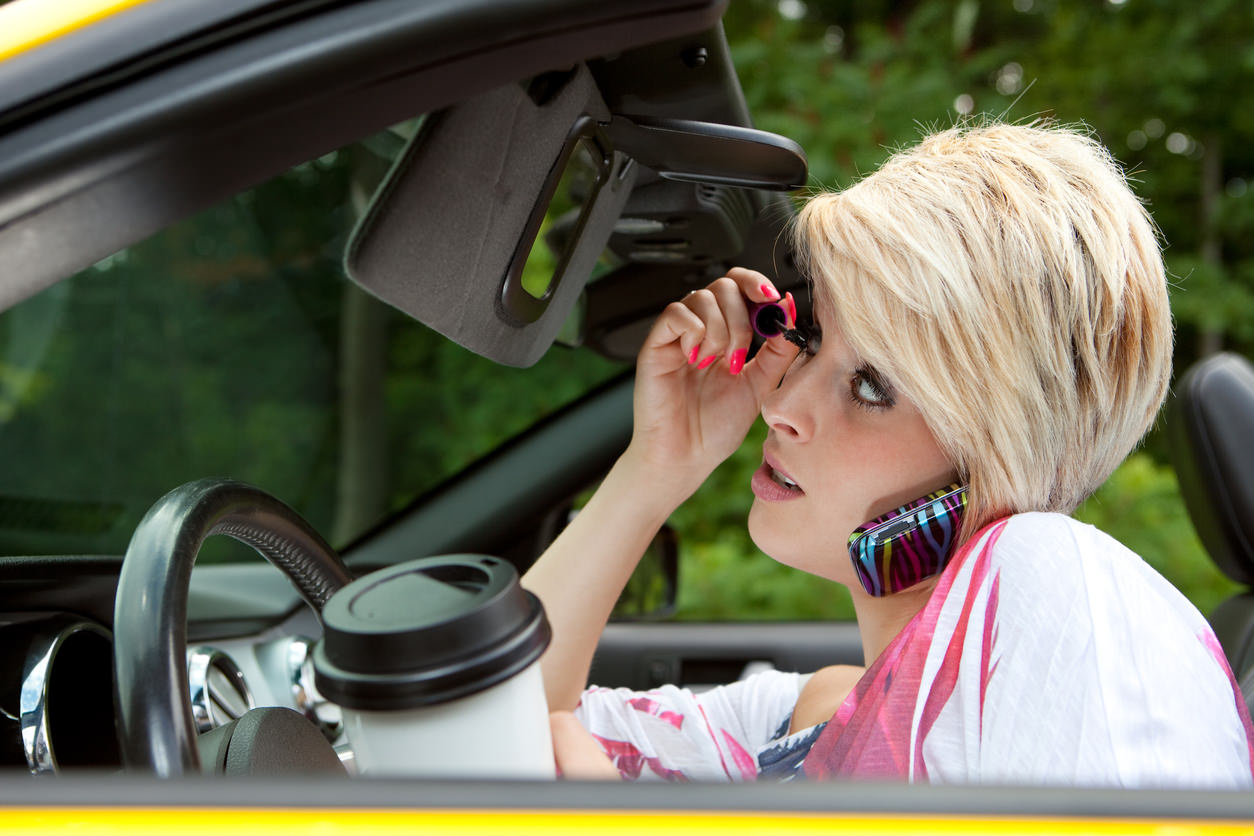 Isn’t it against the law to be eating when driving?

Should eating or drinking while at the wheel cause a distraction, the police can prosecute drivers for careless driving. And that’s even if the car is in stationary traffic. The charge comes with three points on the driver’s licence and a £100 fine.

What are the other common distractions among drivers?

Drinking and smoking were up there with eating as the most common distractions. Some jokers have suggested this could be down to the ban on smoking in public places. 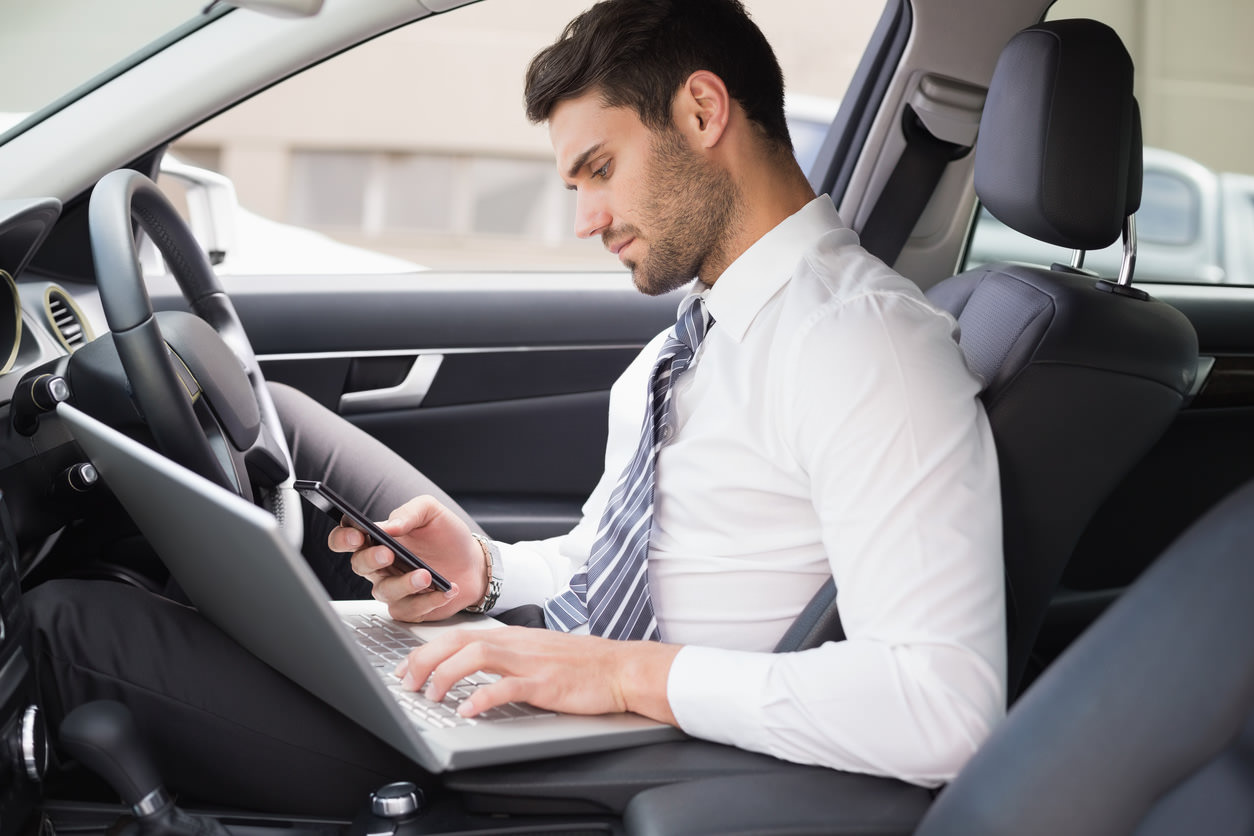 What other bad habits have been spotted on Britain’s roads?

Anyone who’s ever travelled in a car filled with children will be all too aware that they can cause chaos. From bickering in the back to nagging mum or dad, they’re surprisingly dangerous. More than 80 per cent of people have seen drivers having to tell children off rather than pay attention to the road.

Is technology a distraction?

Gadgets and gizmos are bad news. Worryingly, 63 per cent of people have watched as other drivers have used a laptop or tablet such as an iPad on the road. It suggests that for some, the lure of emails, online shopping, or catch-up TV is too hard to resist.

Anything else that’s a danger to drivers?

Styling hair is a fairly common risk. The survey suggested that 55 per cent of people have witnessed drivers trying to rescue a bad hair day while driving. Controlling a pet (46 per cent) and shaving (24 per cent) were other distractions.

Who carried out the survey on driver distraction?

Road safety charity IAM RoadSmart is behind the study. It asked more than 2300 people (75 per cent were members of the organisation) to reveal details of what distractions they’d spotted on the road.

The charity, an advocate of improving driving skills, suspected many drivers weren’t concentrating on the task at hand – namely, ensuring they drive with due care and attention.

What do the IAM road safety experts say about this?

Sarah Sillars, IAM RoadSmart chief executive officer, said: “It is exactly in these situations that a tragedy can occur. As far as many of the bad habits revealed in the survey, these are all things that should be done at either end of the journey – not during it.”