New research by car finance broker, CarFinance 247, found that despite the new, increased speeding penalties that came into force more than six months ago (24 April 2017), UK drivers are still willing to break the law to satisfy the love of their need for speed.

Drivers admitted to knowingly breaking the speed limit at least three times per car journey, dramatically increasing the likelihood of causing a potentially avoidable road accident every time they set off. In fact, almost 7 in 10 drivers (69%) stated they have had at least one speeding-related road accident since passing their driving test. For those caught out, speed-related offences have cost drivers an average of £307 each over the past 12 months.

And it seems that traffic signs aren’t helping – the research, which included a mock theory test, showed that a significant number of drivers were still confused about The Highway Code, particularly with speed-related traffic signs. 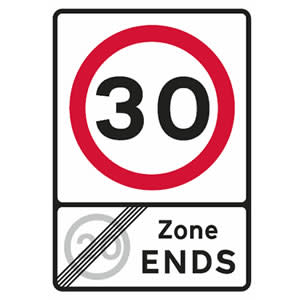 The sign means: End of 20mph zone and start of 30mph speed limit. 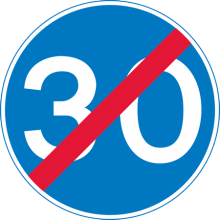 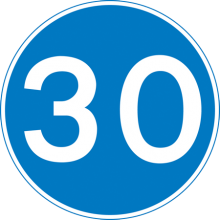 On reflection, most people (66%) agreed that drivers are more reckless on the road now than they were 10 years ago, and more than half (56%) were positive about self-driving cars being better than human drivers at identifying and reducing potentially fatal road accidents.

When asked about behaviour on the road, drivers stated that if circumstances dictated, the following would be legitimate reasons for speeding:

2% said they would break speeding laws in order to get to a store before it closes, and another 2% said they wouldn’t want to miss a TV show. Others stated that legitimate reasons include “being on an empty road when it is perfectly safe”, attending to a “burglar alarm at home going off” and even “to escape the police”.

“Despite good intentions from the government in increasing speeding penalties, it seems the prospect of a fine isn’t a strong enough deterrent for drivers. In fact, many seem to be justifying the fine as ‘payment’, giving drivers a pass to speed and break the law.

This, coupled with the fact that a significant number of drivers are unable to identify basic speed-related traffic signs, is contributing to a more potentially unsafe driving environment.

From the moment they begin driving, and as part of Road Safety Week (20-26 November 2017) this week, we urge drivers to refresh their knowledge of common traffic signs and ‘speed down’ - obeying the rules of the road keeps us all safer in the long run”.

All journalists and media are welcome to use our press releases.
If you’re looking for any information about us not covered in our current suite of releases,
please contact marketing@carfinance247.co.uk