We’ve identified five seriously desirable drop-top cars that are available for less than £10,000. They include a thrilling two-seat roadster, a 2+2 and three that will seat four people in comparative comfort.

You may not have seen a Vauxhall Cascada on the road. You may not even know what one is. Think of the firm’s Insignia saloon, halve the number of doors each side, replace the roof with a soft top and that’s pretty much it. The problem for Vauxhall is that buyers haven’t exactly been queuing up to drive Cascadas away – hence why you may not have seen one. But that’s good news for the used buyer.

It’s a lot of car for your money, and not just in terms of size. Despite its folding fabric roof, the Cascada is a full four-seater with room for four adults, although head room in the rear is snug with the roof up. It’s got a big boot and plenty of equipment. And it makes for a really good, long-distance cruiser. Trouble is it doesn’t have a premium badge. And that’s why it’s so much cheaper than the Audi and BMW convertibles it competes against. 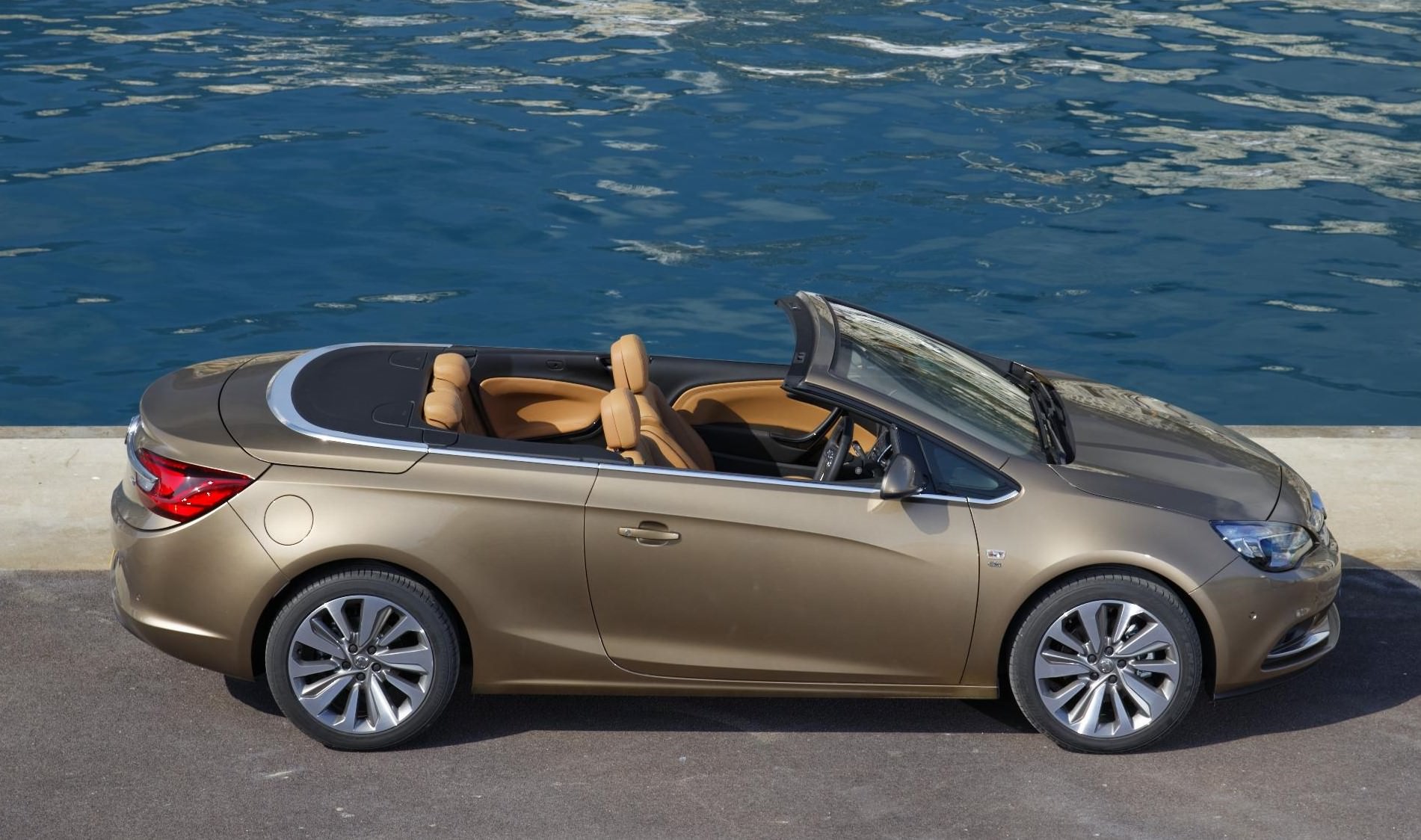 The convertible with a folding hard top: Volvo C70

Some convertible drivers want to have a solid roof over their heads. That’s because cars with folding hard tops can represent the best of both worlds, giving a secure feeling with the roof raised, and fresh-air fun when it’s lowered. The Volvo C70 is one such model but you do have to make some sacrifices for its versatility.

For a start the roof mechanism is complicated and heavy. Even with the diesel engine that most models come with, fuel economy isn’t brilliant. Neither is the four-seat Volvo the most exciting car on the road to drive. And dropping the top can limit boot space dramatically. But roof up or down it’s a handsome car that will make you feel good when you walk up to it. 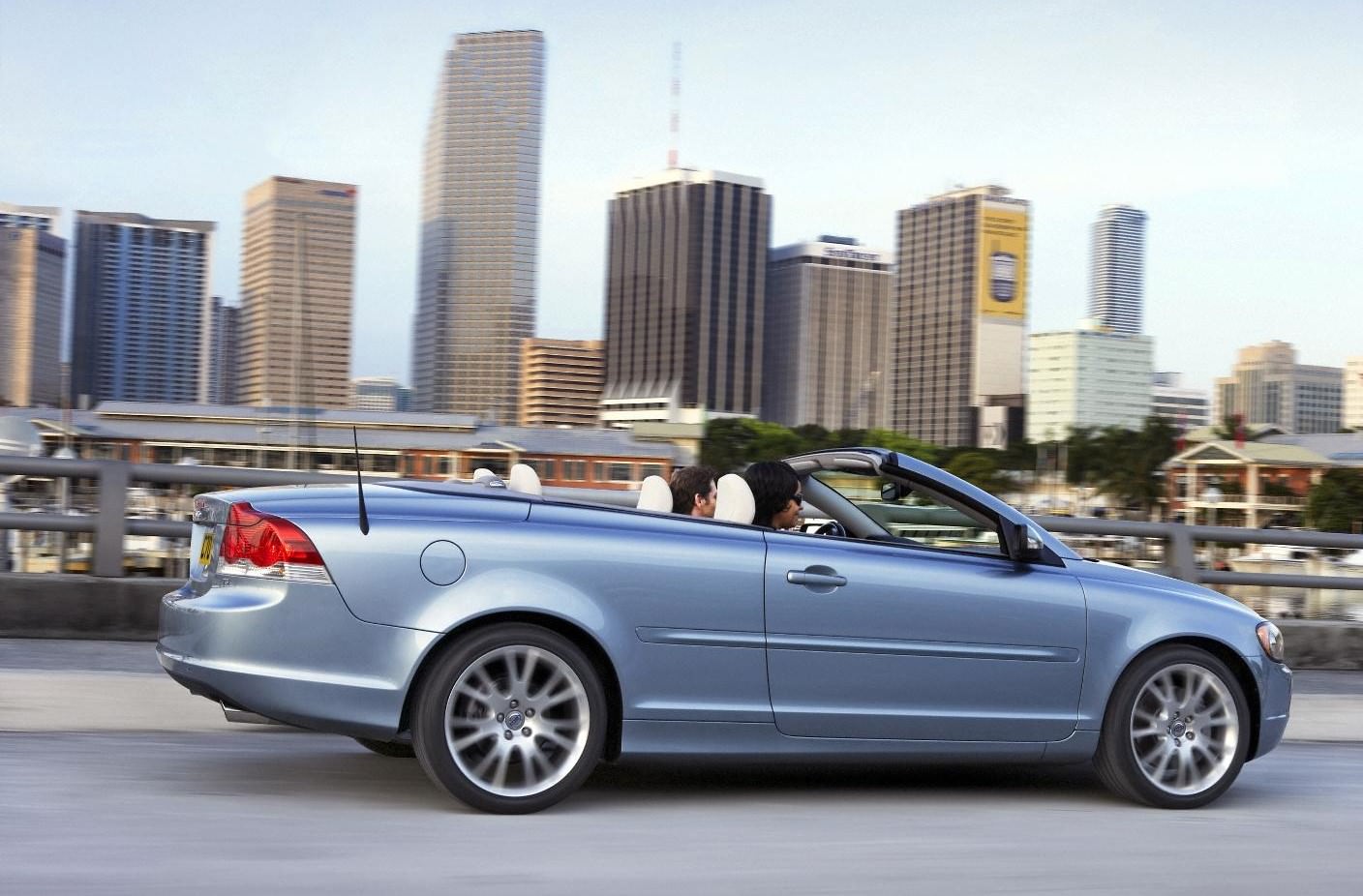 The Volkswagen Golf Cabriolet first went on sale in 1980 and became something of a legend. Although it disappeared for nearly a decade in the early Noughties, the Cabrio returned in 2011 with the sixth-generation Golf.

For that money you get a folding soft top that drops in 9.5 seconds at the touch of an electric button. Ally to that all the attributes of the big-selling Golf, plus four-seat practicality and you have a convertible that will be near the top of the shortlist for any used car buyer. 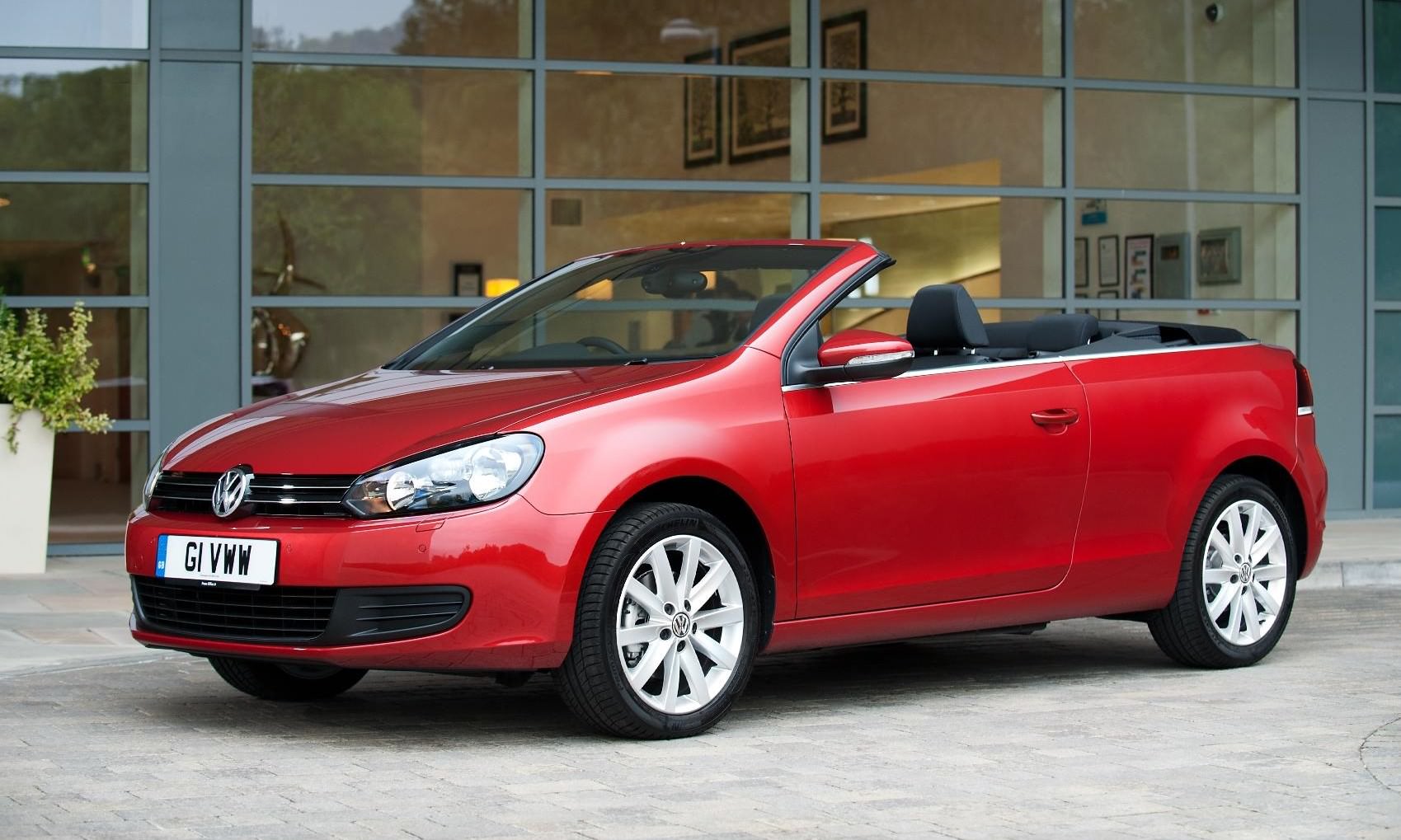 Jaguar convertibles are many people’s idea of a dream drive. Sadly, they’re beyond budget for most of us – apart from this model. The XKR is one of the most potent sports cars to wear Jaguar’s legendary XK badge and it also makes a great grand tourer.

Models are getting on a bit now, but that four-litre supercharged V8 engine is a gem and lightning quick. As with any performance car, you need to be sure that it’s been looked after so go for one with a comprehensive service history that is supported by as much paperwork as possible.

We found models that were around 1999 and 2000. All were £10,000 or under and mileage varied from 65,000 to 125,000. But they’re unlikely to have been thrashed around a track. And this side of a Mercedes SL, you’ll struggle to find a convertible that will whisk you along for hundreds of miles as effortlessly. 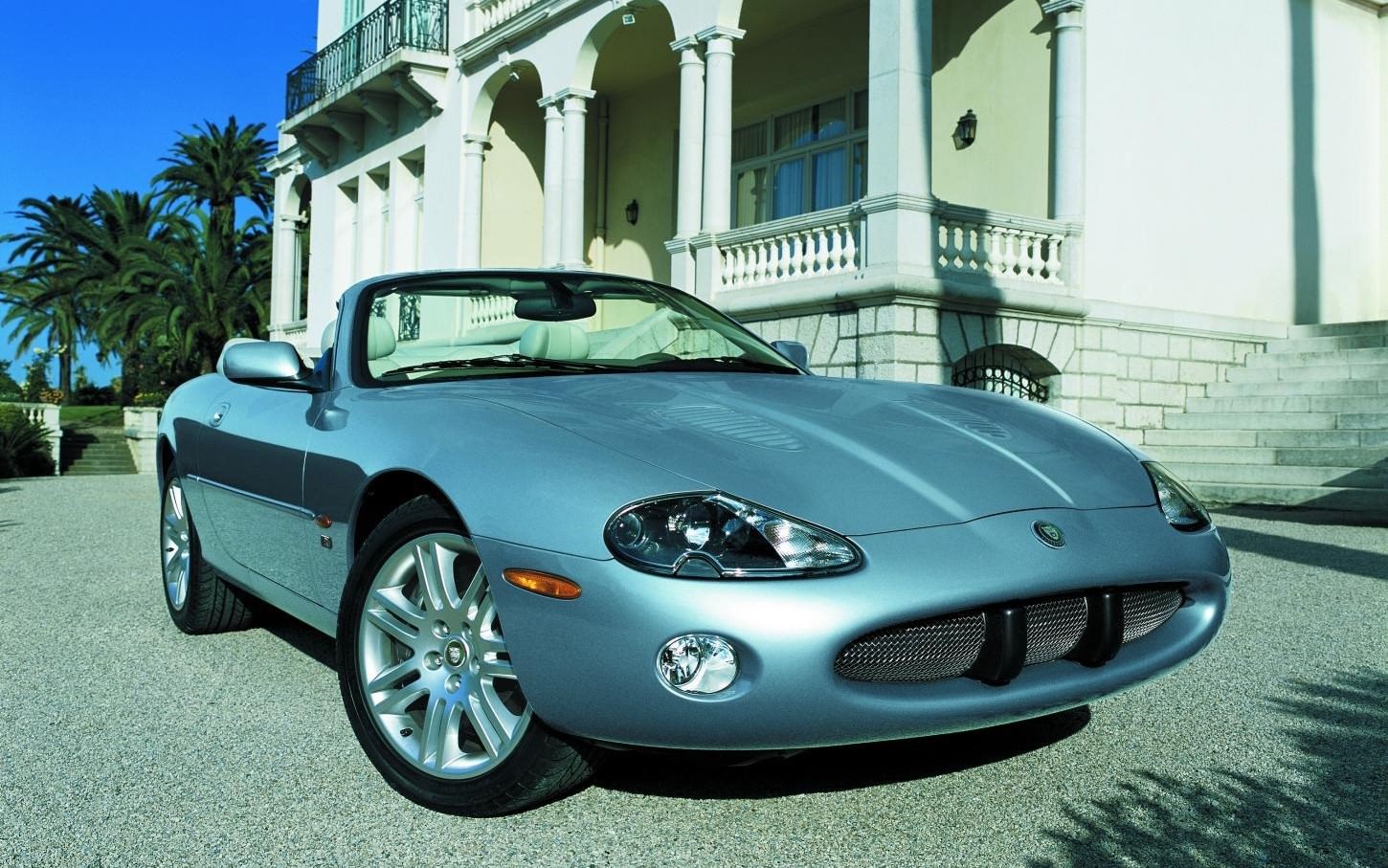 Most people default to the Mazda MX-5 or Porsche Boxster when they think of a two-seat roadster. But it’s worth considering the BMW Z4 too. For £10,000 there’s a choice of two different models.

The first-generation is the racier looking, with a long bonnet and compact cabin area that gives it the look of a proper sports car. You’ll find 2008 or 2009 models with various mileages for around £9800. The roof is cloth but as with all BMWs, you won’t be disappointed with how it drives. There’s a choice of six-cylinder engines and all sound gorgeous. 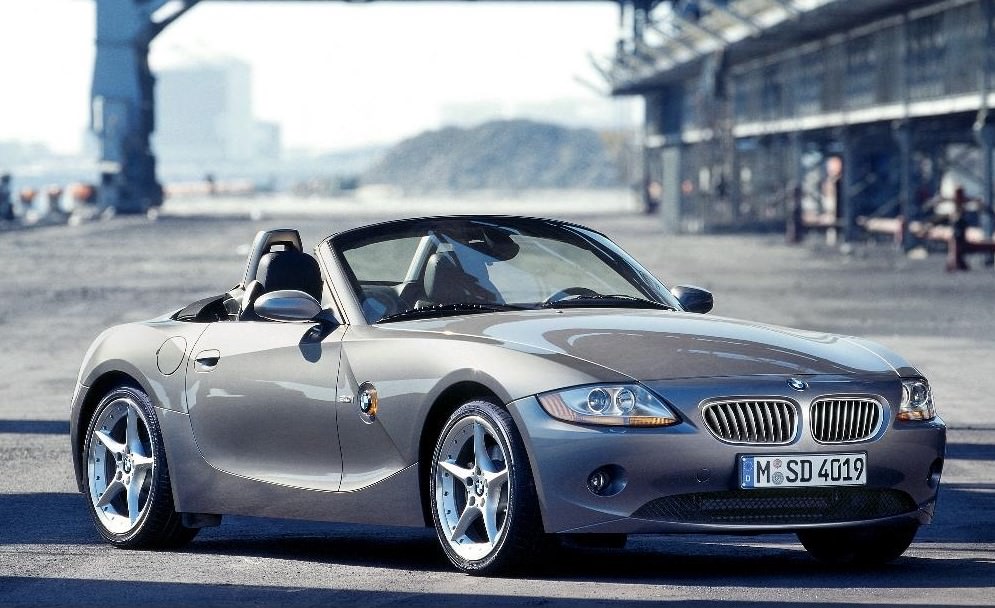 Alternatively, the second-generation Z4 is available with its folding hard top. We found 2011 11-reg models, with around 90,000 miles on the clock, priced from £9500. This Z4 is a much more grown-up and refined car than the model it replaced. It’s also a good-looking motor with a classier cabin than many rivals. If you’re looking for a great car for touring, this might just be it. 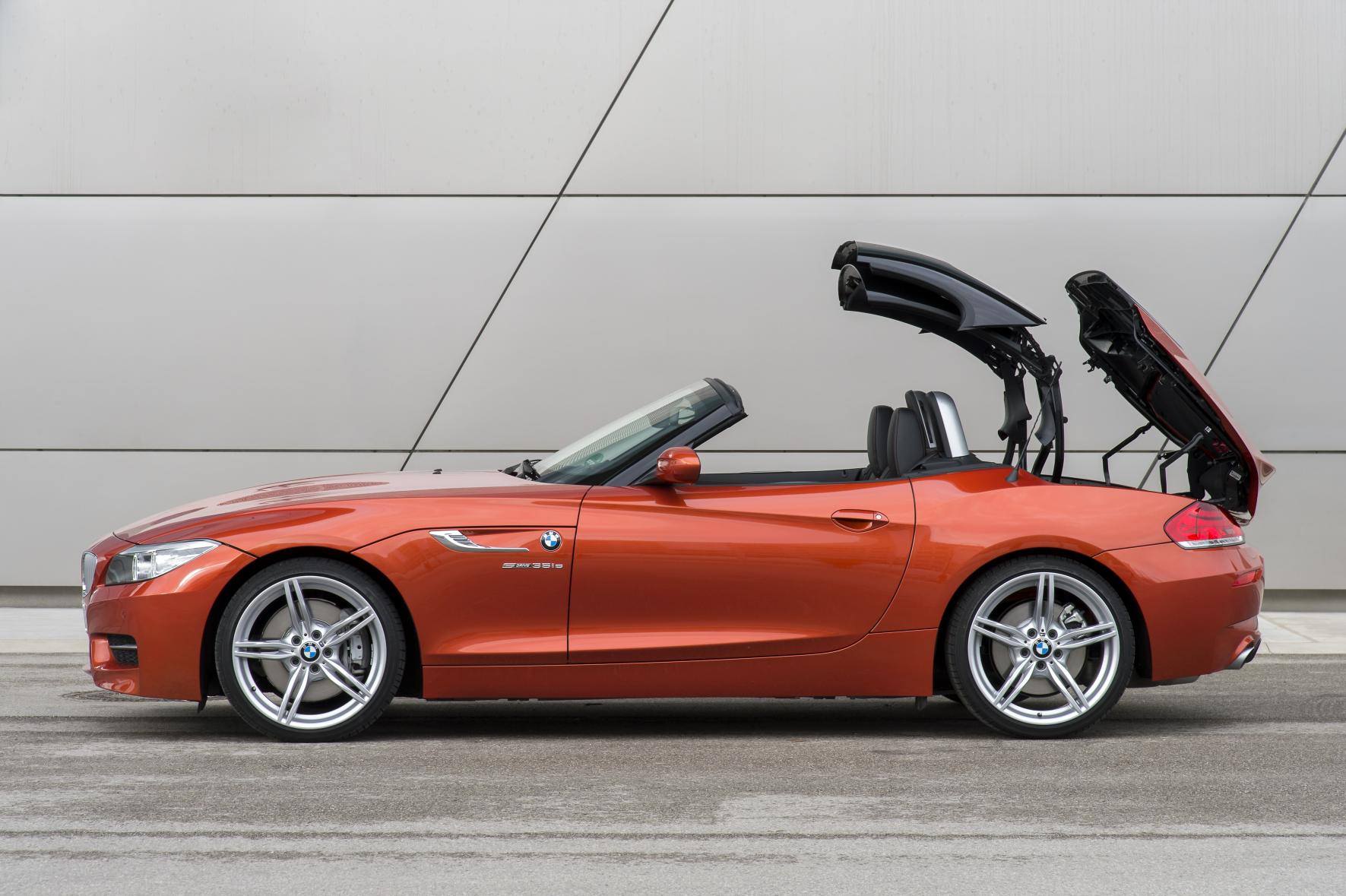