We caught up with Chris Ingram’s Skoda Fabia R5, at the Rally Islas Canarias, and the team of engineers that pamper it, and discovered how the car equivalent of Clark Kent is transformed into wheels fit for Superman.

Chris competes in the European Rally Championship, together with Ross Whittock, his co-driver. The dynamic duo won last year’s Under 27 Championship and took victory at the first ERC event of 2018, Rally Azores.

The car is prepared by Toksport, a German racing team based at Nürburg, south of Bonn. Here’s how they and Skoda Motorsport turn it into a rally-winner. 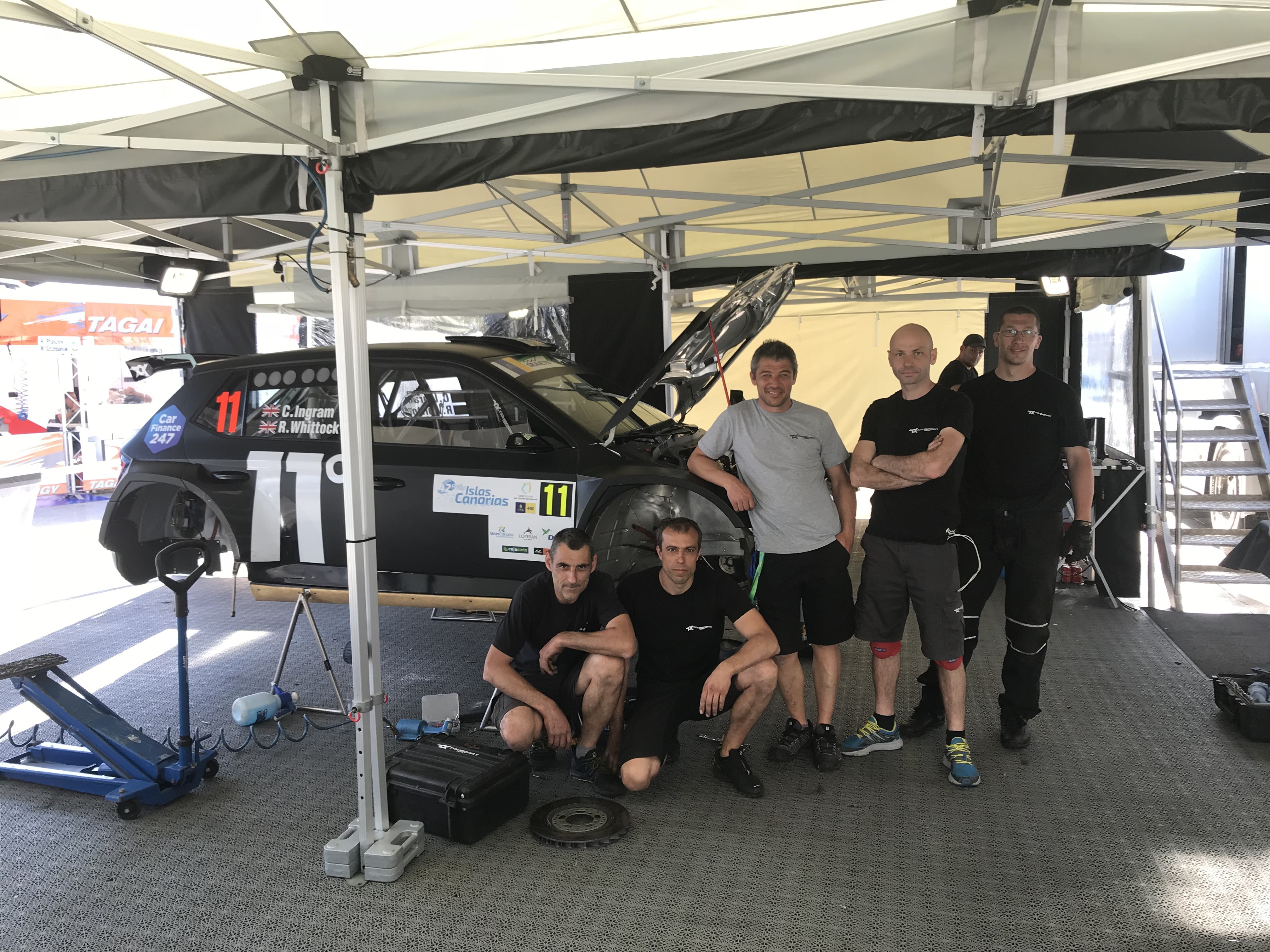 Put it on a diet

Before work can start on turning the sensible Skoda into a super Skoda, nearly everything from the road car has to be thrown out. So all the seats, seatbelts, carpet, airbags, roof lining, underbody protection, wheel arch liners, sound-insulating material and even the glass had to go.

But that’s not all… the engine, gearbox, electronic driver aids, infotainment system, heater and even the suspension, wheels and tyres had to be shelved during its design and development, by Skoda Motorsport.

The end result is a car that weighs 1230kg, which is actually 140kg more than the showroom model drivers buy from Skoda. Why’s that? Because the Fabia R5 has a larger engine, hefty gearbox and four-wheel drive system, bigger brakes, a large 82-litre fuel tank and most important of all, a seriously substantial safety cage to keep Chris and Ross protected. 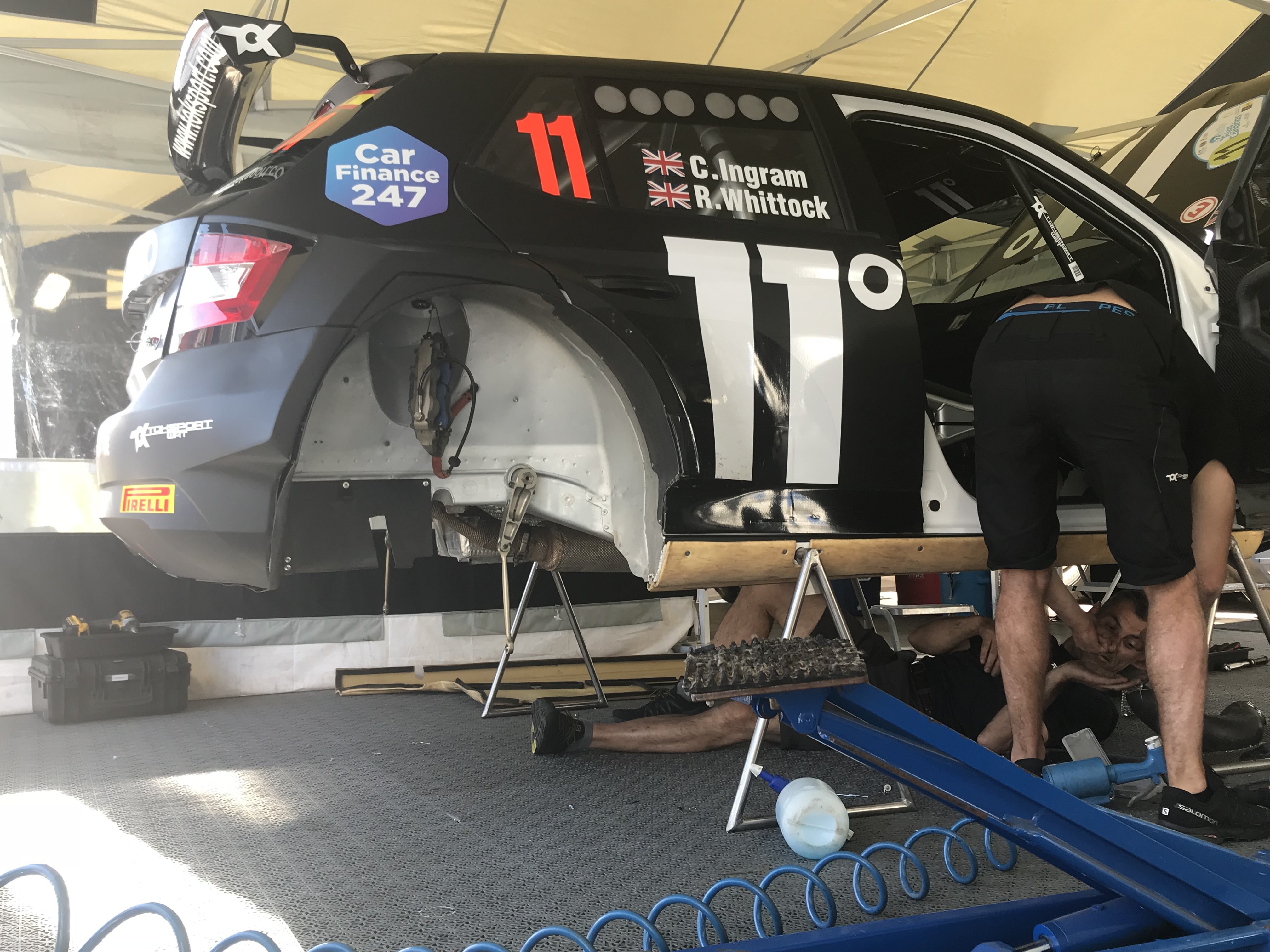 To help the car cling to the road with the determination of a climber on the Eiger’s north face, the bodywork is widened so that the opposite wheels sit as far apart as possible. Hence the pumped-up wheelarches, which take the car from 1.73m to 1.82m wide.

What’s under the bonnet?

The most potent, road-going Skoda Fabia with a petrol engine has a 1.0-litre unit with a sensible – there’s that word again - 108bhp. It drives the front wheels through a seven-speed dual-clutch gearbox.

But Skoda Motorsport needed a lot more muscle than that. So they now have a 1.6-litre, four-cylinder turbocharged motor that develops 271bhp. 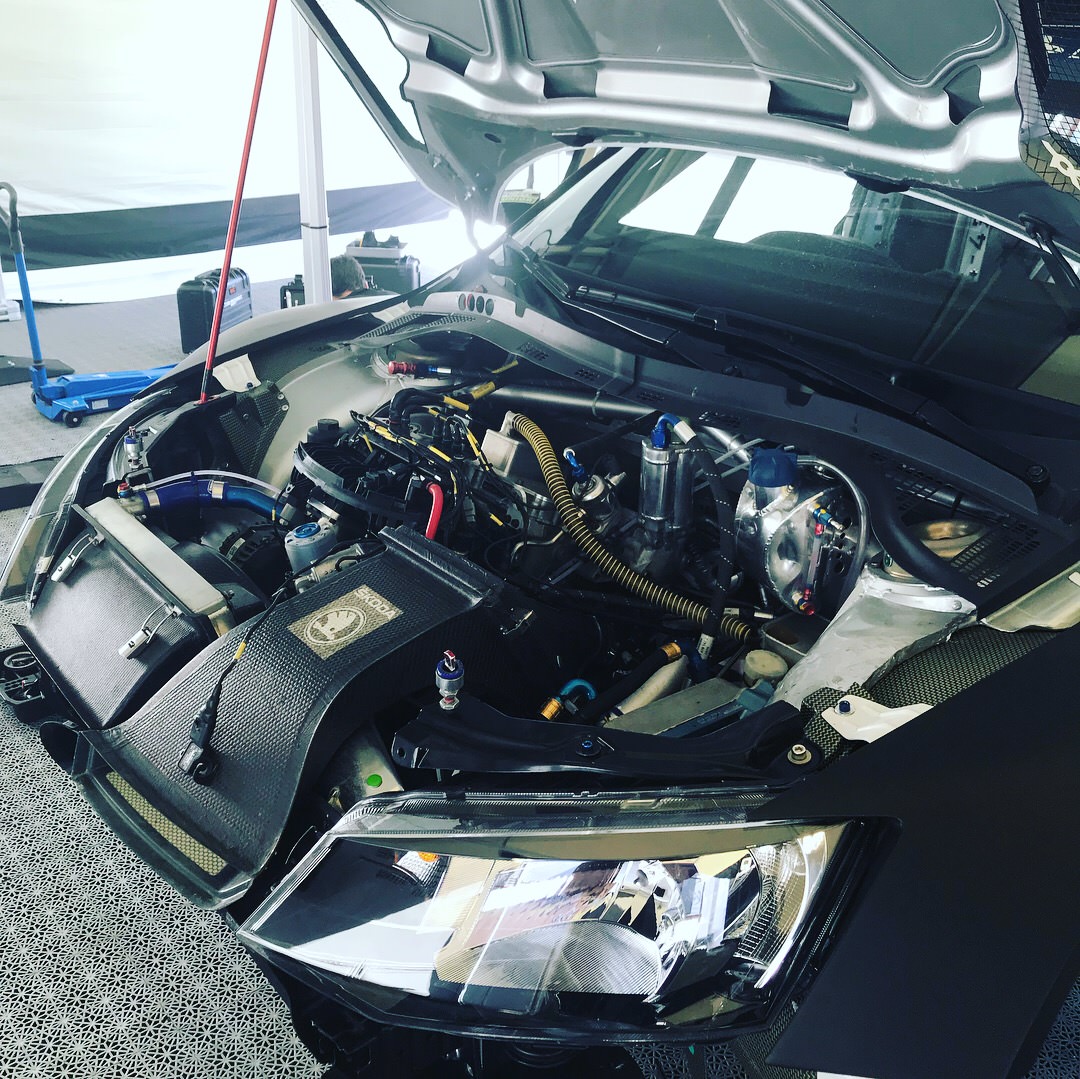 Honey, I shrunk the engine

The regulations for the European Rally Championship stipulate a 1.6-litre engine. Skoda and the VW Group didn’t have anything suitable, but were allowed to shrink the 1.8-litre, ‘EA 888’ engine to 1.6-litres.

To achieve this, they had to develop a new crankshaft mechanism, new valves, a high-pressure fuel-injection system, and then modify the turbo from the Audi S3’s engine and add a bespoke oil supply and cooling system for the motor.

The engine, brakes and driver Chris and Ross all need to be kept cool when charging flat-out during a rally. So the bonnet has a pair of huge vents cut into it, the lower grille is wider, extra air is fed to the brakes and the roof has a vent to direct cool air to the driver and co-driver.

The Fabia R5 comes with four-wheel drive, which uses mechanical locking differentials at the front and rear axles, whereas the normal car is front-wheel drive. The gearbox is a five-speed sequential manual unit, which has very closely spaced ratios, meaning the car can accelerate brutally fast but its top speed peaks at just 125mph. 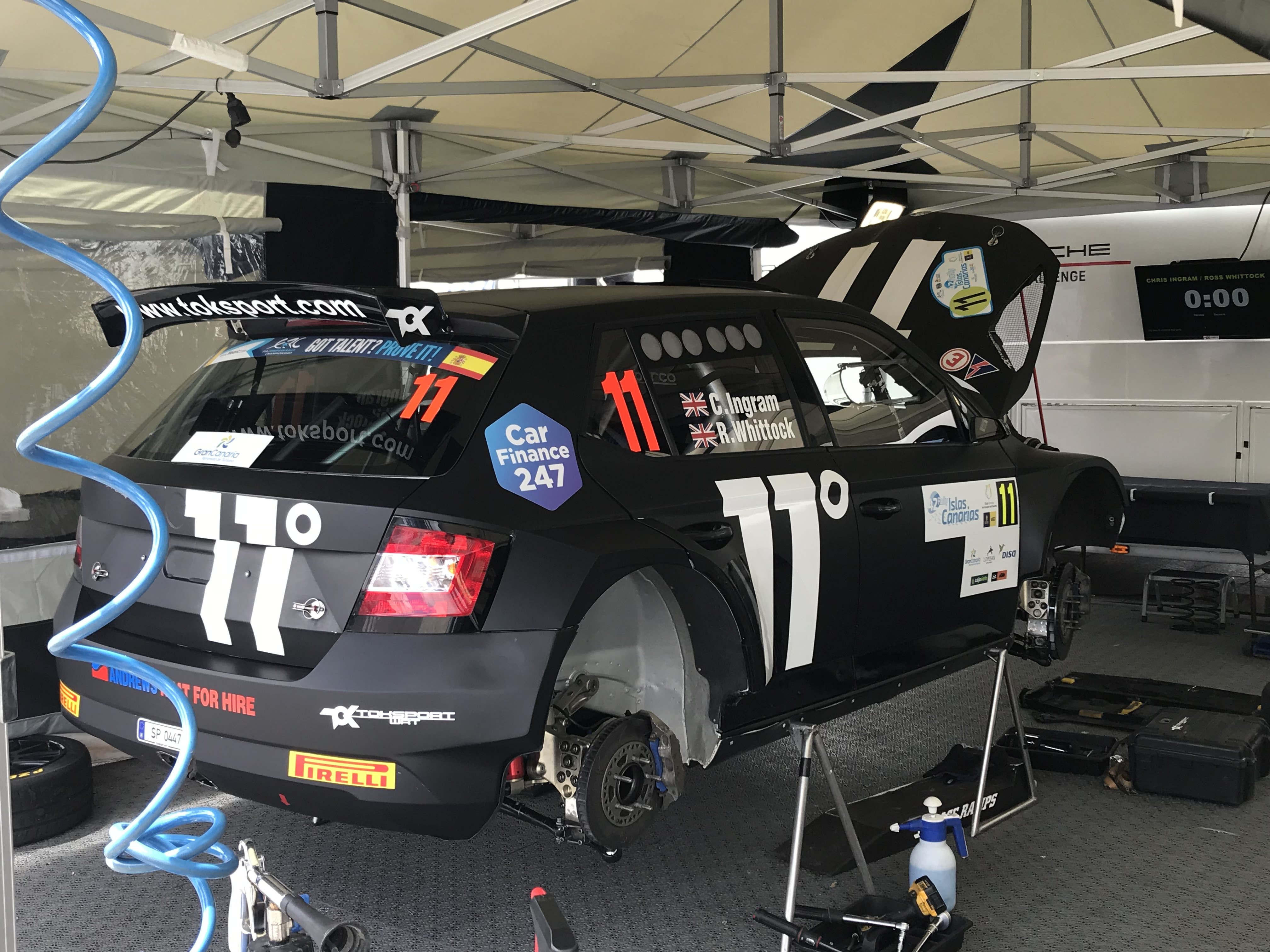 Because every good rally driver loves pulling handbrake turns, the Fabia R5 comes with a special disconnecting clutch to temporarily stop drive to the rear wheels when Chris pulls the handbrake lever.

If you think hitting a pothole is bad, you should experience the punishment a rally car takes. The uprated aluminium suspension is designed to absorb shocks and has longer travel than the road car – especially useful when landing a huge jump like this. 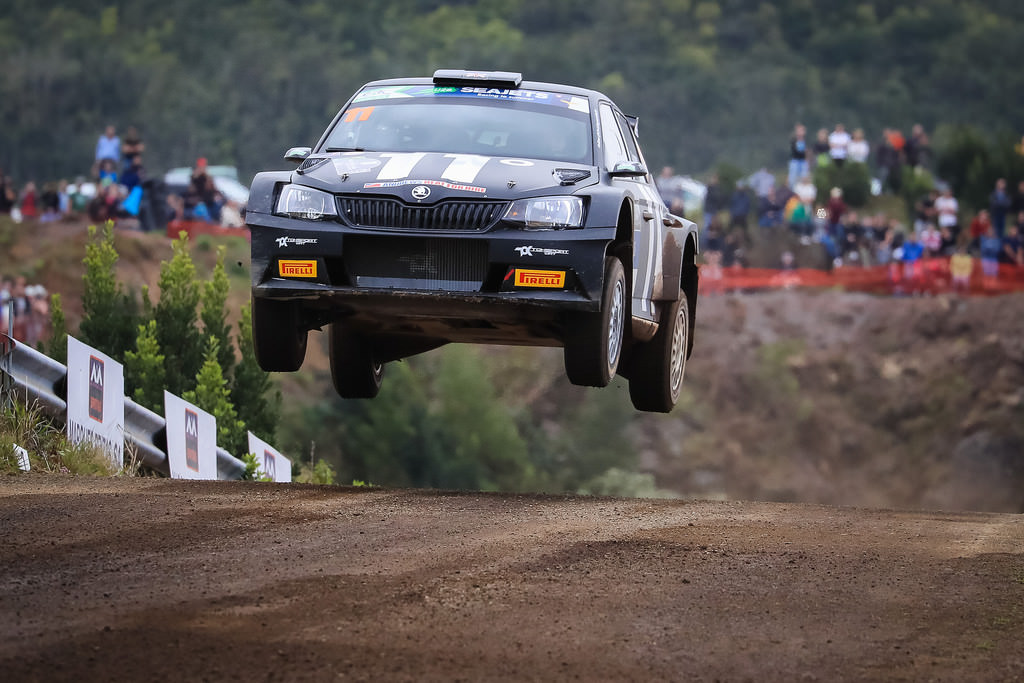 Chris and Ross are braced in place by specially shaped racing seats with carbon-fibre frames that are strong and light. They are fixed in place permanently, following special seat fittings.

As the guys battle their way around rally stages, they are encased in a robust roll cage, seen here where the door is ajar. These are incredibly strong and are designed to protect the people inside from even the most horrifying-looking accidents. 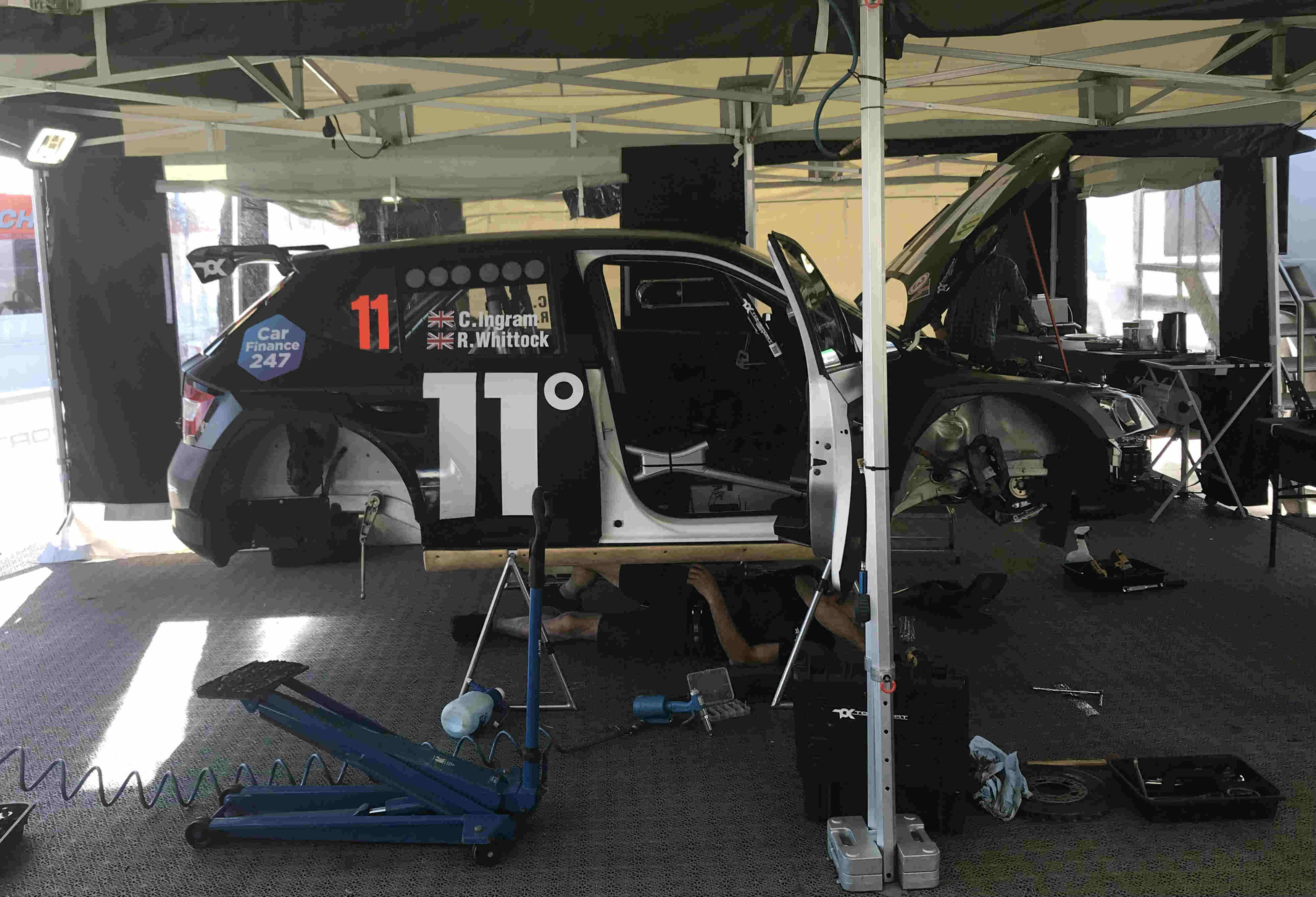 Two types of brakes are used, one for gravel surfaces and one for roads.

On Tarmc, the front brakes are 355mm diameter and the rears are 300mm, whereas on loose surfaces both are 300mm. The adjustment is required to allow for the tyres’ adhesion levels on the different surfaces.