The Japanese car maker came up with the Signal Shield as a way to tackle the growing problem of driver distraction.

Built into its popular Juke model, the Signal Shield prevents incoming phone calls, messages and social media notifications. But it still allows music to be played or navigation to be used, via a USB-wired connection.

The company hopes that it could be an effective solution to the problem of distractions behind the wheel, as so few drivers switch their smartphone to flight mode or ‘do not disturb’ settings. 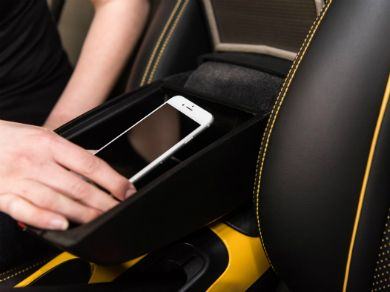 How does the mobile phone signal shield work?

The technology behind Nissan’s Signal Shield dates back to 1836, and the Faraday cage. Invented by Michael Faraday, it uses material such as wire mesh to block electromagnetic fields. Incoming signals, including cellular or Bluetooth data, are distributed across the cage’s conducting material and prevented from reaching the smartphone inside.

To reconnect their phone to the outside world, perhaps when stopped at services, the driver simply opens the lid of the Signal Shield.

Nissan’s innovation is described as a ‘concept’ by the car maker, and the company will assess public reaction to such a feature being made available in its cars. It comes after tougher laws against mobile phone use were introduced in March. Now, drivers who simply touch their phone risk a £200 fine and six penalty points on their driving licence.

Alex Smith, managing director of Nissan GB, said: “Mobile phone use at the wheel is a growing concern across the automotive industry, and indeed society, particularly with the high number of ‘pushed’ communications, such as texts, social media notifications and app alerts that tempt drivers to reach for their devices.

“The Nissan Signal Shield concept presents one possible solution for giving drivers the choice to remove all smartphone distractions while driving. This is about delivering more control at the wheel, not less. Some drivers are immune to the activity of their smartphone, but for those who struggle to ignore the beeps and pings, this concept provides a simple solution in this very ‘connected’ world we live in.” 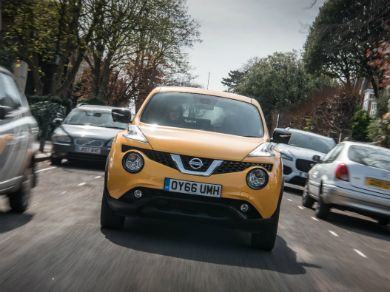 How widespread is the issue of driver distraction?

An RAC survey of more than 1700 motorists found that the proportion who admitted to using a handheld phone behind the wheel increased from 8 per cent in 2014 to 31 per cent last year.

Nissan says young drivers are more likely to be distracted by phones. Nearly half (49 per cent) of those surveyed by road safety charity Brake claimed they would go online or use an app while driving.

According to experts in Internet and technology addiction, people compulsively check their phones because every time there is an update through text, email or social media, they experience an elevation of dopamine, a neurochemical in the brain that makes them feel happy.

Pete Williams of the RAC said: “Our research shows that handheld phone use by drivers has reached epidemic proportions.

“As mobile phone technology has advanced significantly many people have become addicted to them. However, the use of a handheld phone when driving represents both a physical and mental distraction and it has been illegal since 2003.

“The Nissan Signal Shield is a good example of a technology that can help drivers be phone smart. For those who can’t avoid the temptation, this simple but pretty clever tech gives them a valuable mobile-free zone.”