The Ford Fiesta, Kia Picanto and Vauxhall Corsa are three compact, affordable cars that are popular with Britain’s drivers. Many of those will be bought by younger or novice motorists who want to keep an eye on running costs while getting their foot on the gas.

These three deliver safe and economical motoring. They are also surprisingly good to drive and more than capable of handling long trips just as well as they tackle a daily commute to the first job. But which is best for your needs? 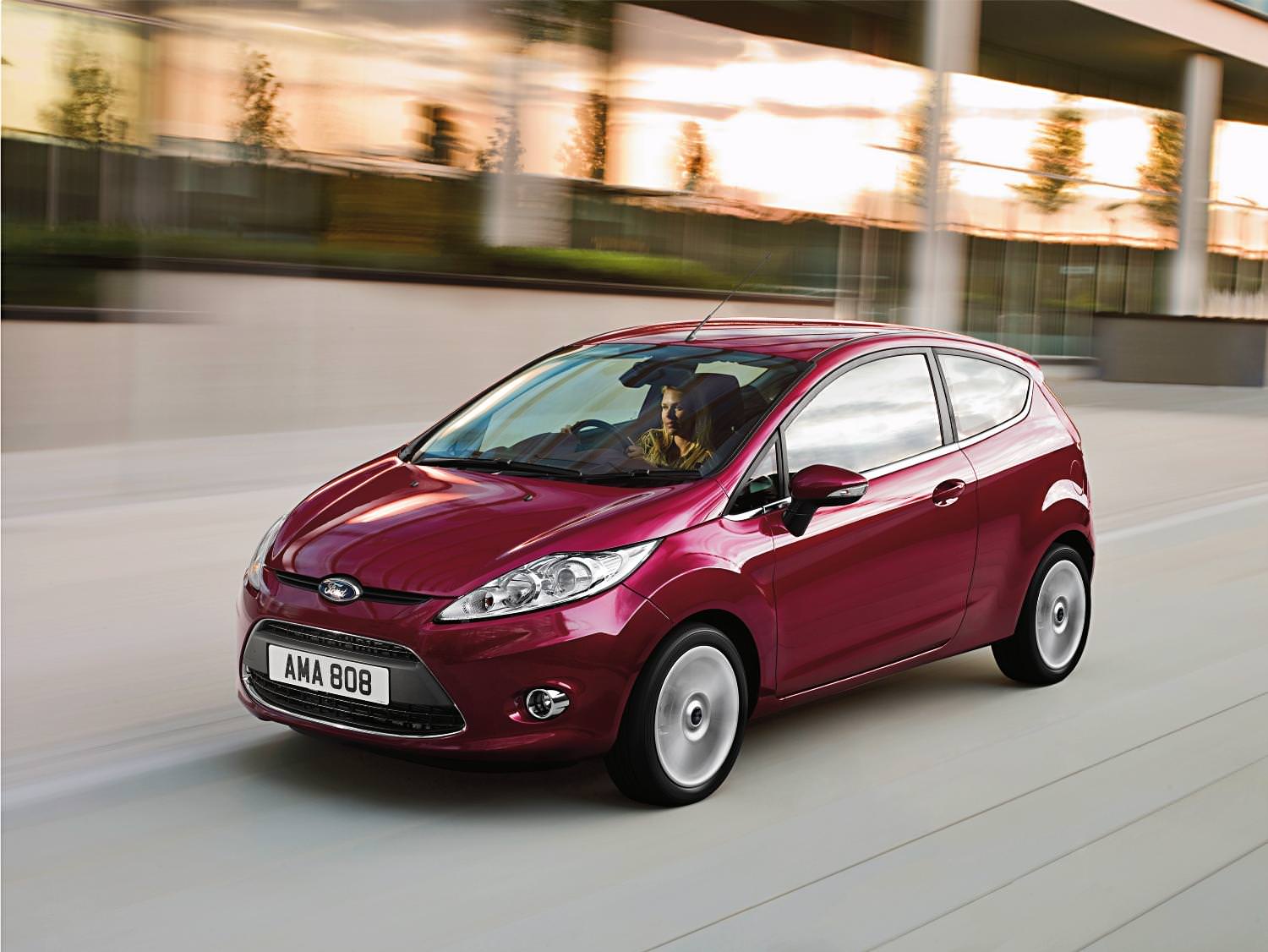 You’ll love it because: It’s great fun to drive

It would be easy to imagine that Britain’s best-selling car is built to a budget and cuts a few corners to get there. But the Fiesta has a surprising talent: it’s absolutely brilliant to drive.

In fact the Fiesta isn’t just one of the best small cars on the road, it is one of the best cars full stop. The way its steering responds, how it hugs the road and the composure of the suspension mean it feels satisfying to drive.

And happily, that doesn’t come at the expense of comfort or refinement. You could drive a Fiesta from one end of the country to the other and not feel like you’d just taken part in an Iron Man challenge.

The range of engines, their fuel economy and road tax costs are impressive, with the 1-litre, three-cylinder EcoBoost engine worthy of mention, as it’s exempt from tax and a perky performer. 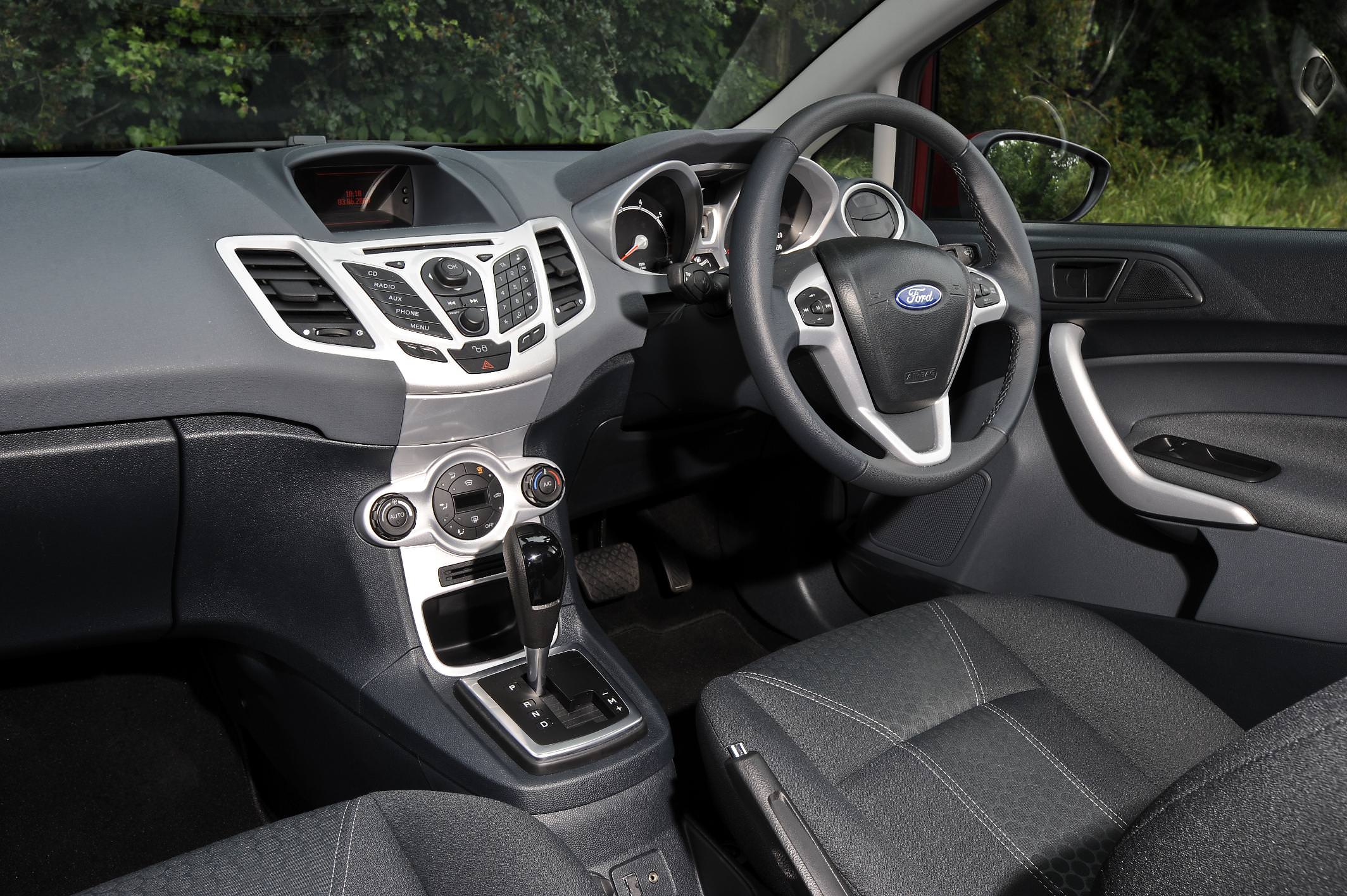 This is not the largest cabin for this type of car, but the Fiesta’s interior is spacious enough for four adults, especially if you pick the five-door model. There’s a boot with 290-litres of luggage space, and the seat backs divide and fold.

The dashboard layout was quite modern for its time, and Bluetooth connectivity for smartphones should be standard on models. But you won’t find any fancy touchscreen technology onboard. Instead, the small infotainment display screen is controlled by buttons and a rotary dial.

The Fiesta to aim for is the seventh generation model, sold from 2008. There’s stacks of choice for £5000, given the Fiesta’s top-selling status, and the engine that gets our vote is the 1-litre EcoBoost petrol unit with a manual gearbox. Look out for 2013 models in Zetec trim for sale, but remember to be discerning as there’s a wide variety in mileage.

Not a novice and fancy something more sporty? Try the best starter sports cars for £5000 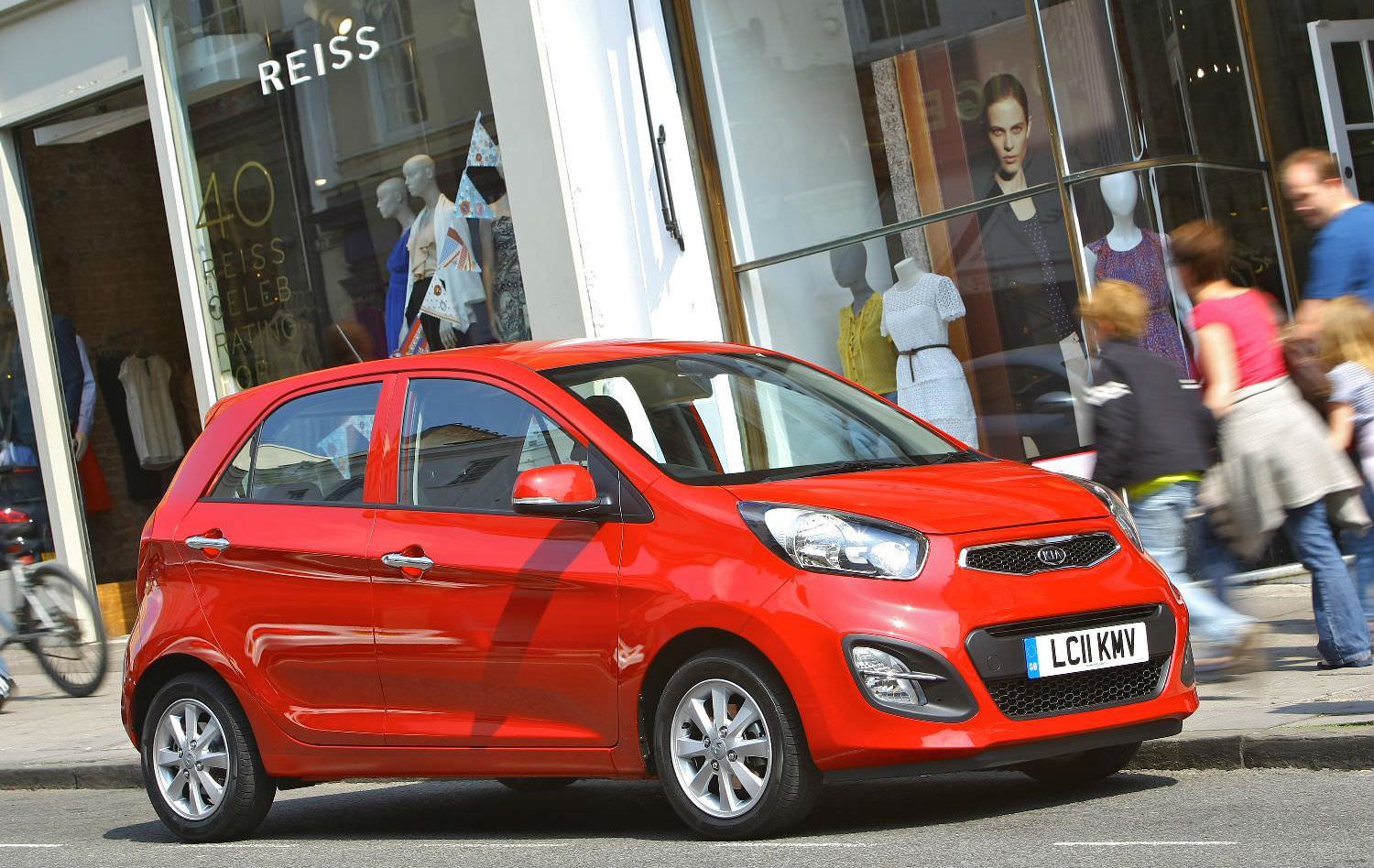 You’ll love it because: Its warranty could last to 2020

The Picanto is a smaller car than the Fiesta and Corsa, but it’s worth including as some novice drivers may prefer a more compact motor, and the Picanto is ideal for nipping about the place and parking without breaking into a sweat. There’s another perk to owning a Picanto. Kia offers a seven-year warranty on its new cars, and given the plentiful supply of 2013 models from Kia dealers for £5000, it means used car buyers enjoy peace of mind until 2020, although not all components are covered until then.

Despite being a petite package, the baby Kia offers big-car features including electric front windows, USB ports, automatic lights and hill start assist, while touchscreen for the sat-nav and infotainment is fitted to top of the range versions.

Of the two petrol engines available, the pick is the less powerful 1-litre, 66bhp unit. It’s the more economical and insurance-friendly, proves quiet in use yet almost matches the bigger motor for get-up-and-go. 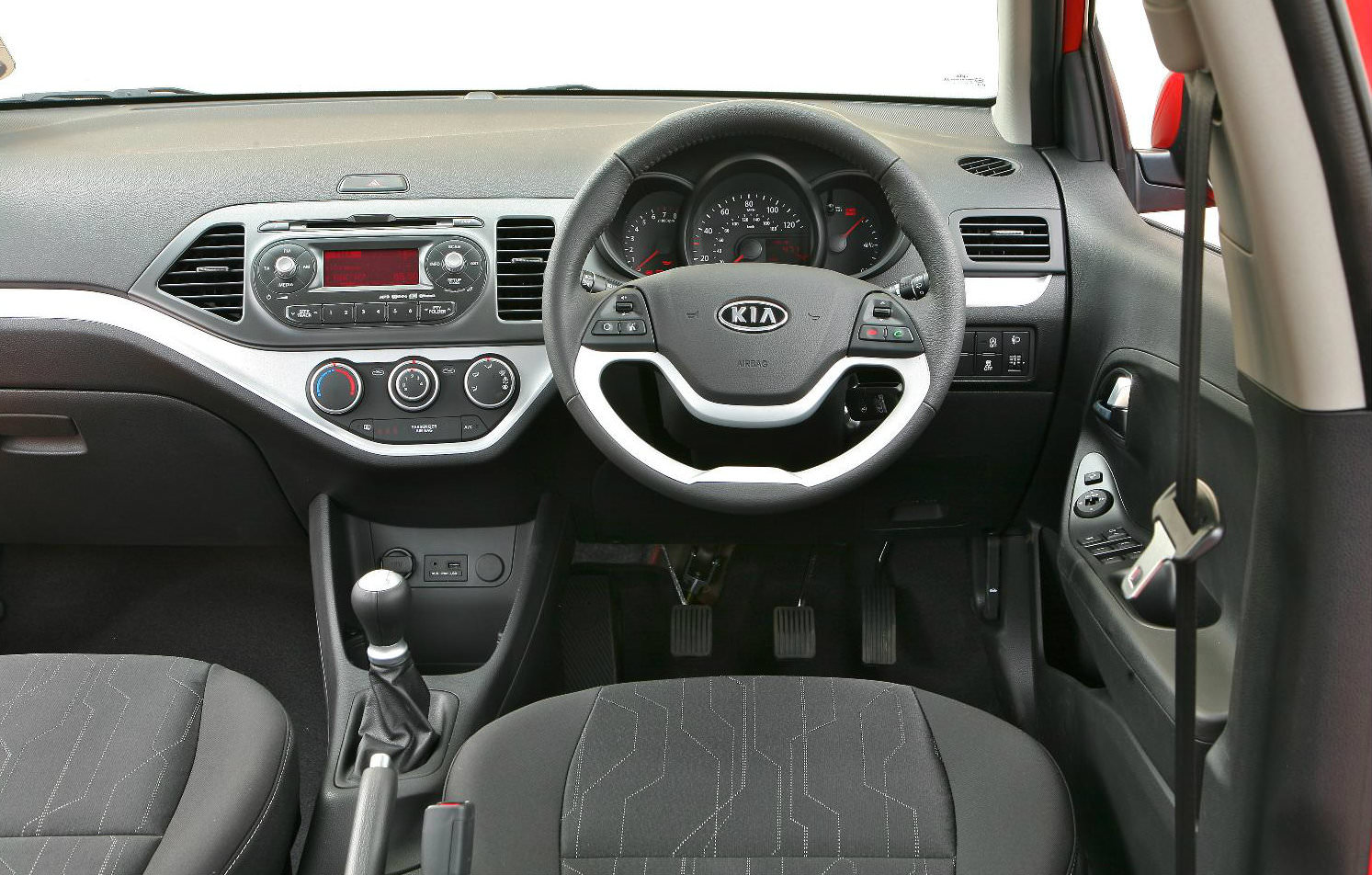 Considering the Picanto is a small city car the interior is surprisingly spacious. However, if you need to carry passengers in the back seats often, especially children, pick the five-door model as things get a bit too cosy for comfort in the three-door. And boot space is seriously modest.

The dashboard is the least modern looking of the three cars here, and the steering doesn't adjust for reach, so make sure you feel comfortable at the wheel during a test drive. But you get an MP3-compatible CD player and smartphone connectivity on top spec models.

Which Picanto is available for £5000?

The trim levels were simple enough to figure out, with 1, 2 and 3 as you moved up through the Picanto range. Kia dealers are selling 1-litre ‘2’ models from 2013 for around £5000, and we even spotted a 2014 car in this price range. So shop around and choose the trim level that best suits your needs.

Fancy a bit more fun in the sun this summer? Check out these five used convertible cars 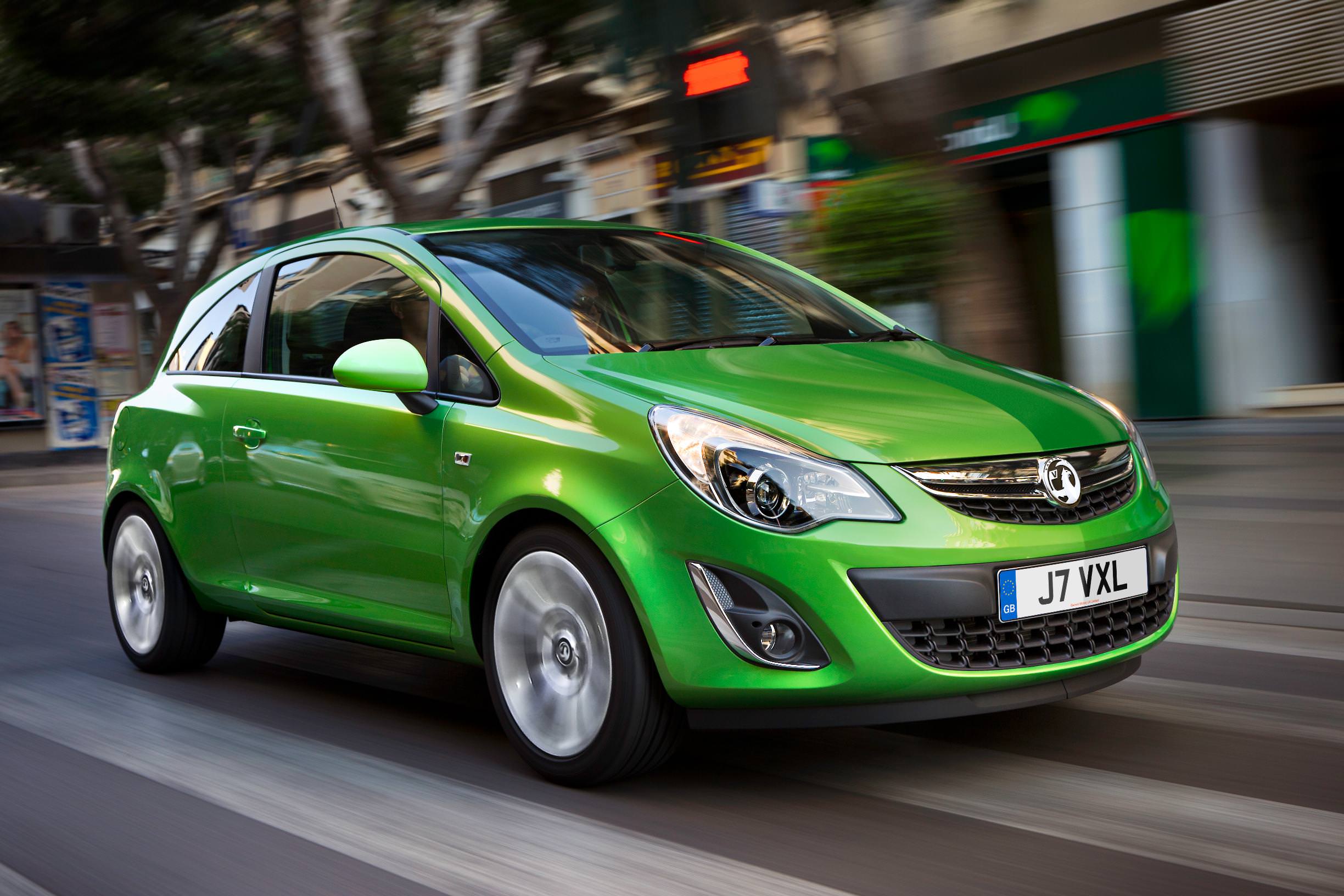 You’ll love it because: It’s a sensibly priced jack-of-all-trades

Look around at other young drivers on the road and you can’t help but notice how many of them choose to drive a Corsa. The reason for their decision? It’s an affordable car that is pretty good in every area.

From the quiet drive to the safe and stable roadholding, the spacious cabin to the robust feeling of the materials, it may be a budget buy but the clever thing is it doesn’t leave drivers feeling they had to make compromises.

Launched in 2006, the fourth-generation model took a welcome leap forward over the dull model it replaced. The driving experience felt more grown up and the ride comfort was much more relaxing – a boon given the poor state of Britain’s roads. The pick of the petrol engine range would probably be the 1.2-litre unit. But it was the diesel motors that impressed most, so if you intend to drive a lot of miles each year, pick the latter. 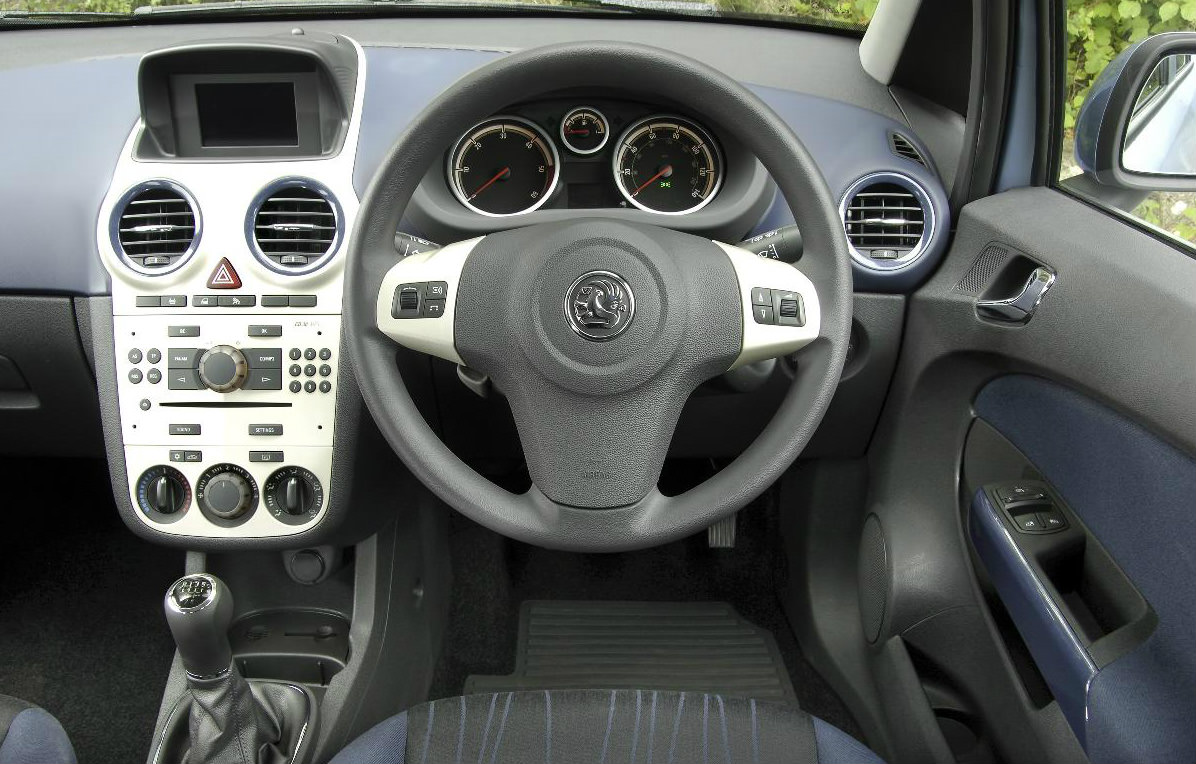 Vauxhall managed to pack considerably more space into the cabin of the fourth-generation Corsa, so much so that even the three-door bodystyle can accommodate four adults in reasonable comfort.

Something Vauxhall fixed was the driving position, which is very comfortable and most models come with reach and rake adjustment for the (large) steering wheel. The dashboard stepped up a gear too with a clear layout and better-quality feel.

There are gripes though. The thick windscreen pillars hamper visibility at junctions and closing the long doors on the three-door models takes a surprising amount of effort.

Unsurprisingly, given the car’s popularity, Vauxhall dealers offer a wide-ranging selection of used Corsas for £5000. Many of those will be the 1.2 or 1.4-litre petrol models, in either three- or five-door bodystyles and the SE trim. The age and mileage can vary greatly so try Vauxhall’s used car search engine to see what’s in your price range.